Scientists exploring the Kermadec Trench believe they have retrieved the deepest ever sediment sample from the bottom of the ocean using a wire-deployed corer. The sample was obtained a week ago at 9994m deep in a mission that took six hours to complete.

On 14 December, Zealand’s research vessel Tangaroa returned from a three-week voyage to the Kermadec Trench.

The 1500 km long trench consists of a series of deep basins that are more than 9000 m beneath the sea surface. The deepest basin, Scholl Deep, is almost 10 km deep and was discovered by a Danish research expedition in 1952.


Now the deepest parts of the Kermadec Trench have been revisited by an international science team using a range of sophisticated autonomous deep-diving vehicles as well as traditional sampling approaches. The voyage has gained novel and exciting insight of the function of one of the deepest trenches in the world.

It is generally believed that biological and biogeochemical activity declines with increasing water depth, but recent work suggest that the deepest trenches may act as hotspots for deposition of organic material and thus act as zones of intensified biological activity in the oceans. 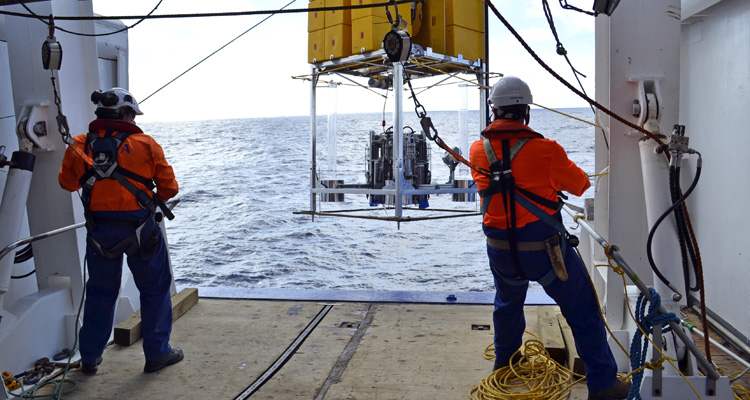 Professor Ronnie N. Glud from University of Southern Denmark, who together with Dr Ashley Rowden of National Institute of Water and Atmospheric Research (NIWA), New Zealand, has been leading the expedition, says that data gathered during the voyage confirm this trench hotspot hypothesis.

“Indeed we did find that the greatest depths in the Kermadec Trench hosted intensified biological activity, but what was more surprising was the high degree of variability in the metabolic activity among the basins along the trench axis.”

Carbon sequestration in the deep

This finding shows that the deep trenches are far more diverse than originally anticipated and likely host different biological communities.

Professor Glud added “If we are to understand the biological and biogeochemical function of the great trenches and their importance for regeneration and sequestration of nutrients and organic carbon in the global ocean, it is of great importance to acknowledge this diversity”.

Exploring the greatest depths of the ocean include both scientific and technological challenges, but these were overcome by the team and the officers and crew of the Tangaroa.

Dr Rowden says “We were really pushing the sampling envelope by attempting to take cores of the seafloor from wire cable-deployed instruments. During the voyage we took, to our knowledge, the deepest ever sample collected by cabled gear from 9994 m. Everyone was very excited to see the corer finally return after its 6-hour journey with mud from the very deepest part of New Zealand’s marine domain. It took more than one go, I can tell you, but it was worth it.” The team investigated the deepest parts of Kermedec Trench.

Months of work now face the team analysing and interpreting the many data and samples that they will return with to their laboratories.

They will characterise the microbial and faunal communities and seek to explain the variation in the organic carbon processing that was observed among the different trench basins.

Trenches: the last unexplored places on the globe

The deep trenches host unknown and unique life forms that are adapted to extreme hydrostatic pressure.

The collected samples and data will help the team to understand how life at such conditions functions and differ from those at shallower depth.

The deep trenches remain under studied and represent some of the few “white spots” that are left to on the globe to be explored.

More upcoming expeditions to the trenches 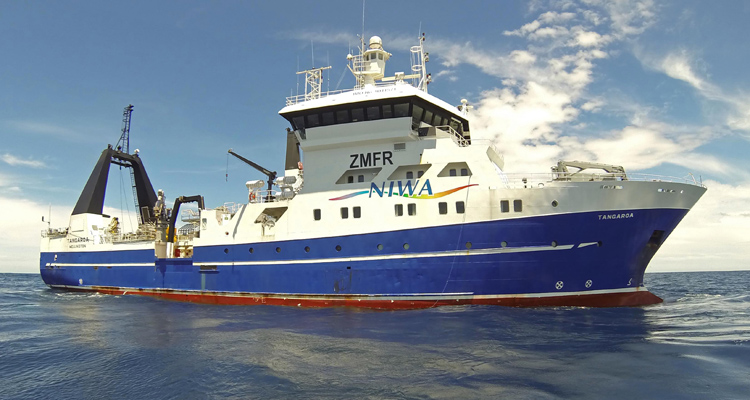 Research vessel Tangaroa in the Pacific.

The international team on the expedition consisted of researchers from Denmark, Germany, United Kingdom, Chile and New Zealand. The expedition to the Kermadec Trench has been years in the planning and is funded by the European Research Council through an Advanced Research grant, and by NIWA.

The voyage is part of a series of voyages targeting three different trench systems in the Pacific, each experiencing different loads of organic material that sustain the processes and activity in the deep.

The Kermadec Trench, which is situated in the proposed Kermadec Ocean Sanctuary, is the first of the trenches to be visited by the research team in this project.

This expedition was part of research project HADES, that aims to provide the first detailed, combined analysis of benthic diagenesis and microbial ecology of some of the deepest oceanic trenches on Earth.

Read more about the project