One of science's strongest dogmas is that complex life on Earth could only evolve when oxygen levels in the atmosphere rose to close to modern levels. But now studies of a small sea sponge fished out of a Danish Fjord shows that complex life does not need high levels of oxygen in order to live and grow. 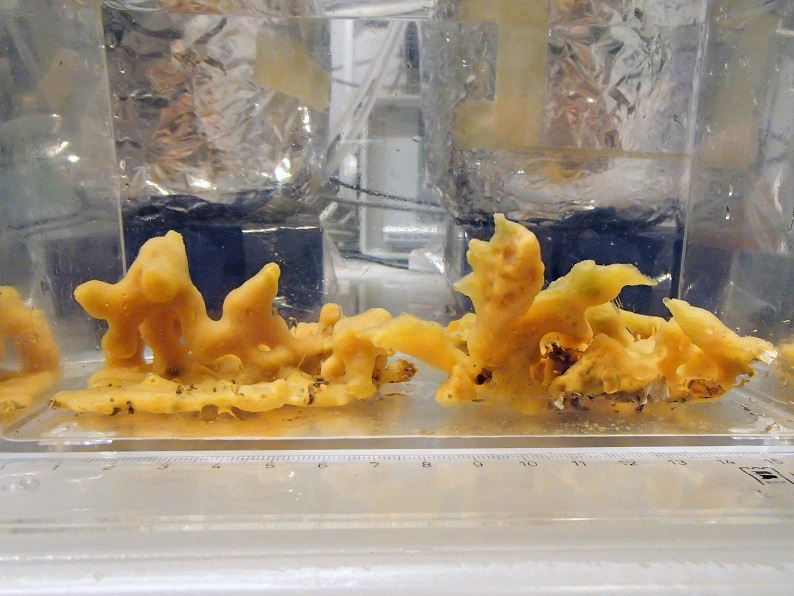 The origin of complex life is one of science's greatest mysteries. How could the first small primitive cells evolve into the diversity of advanced life forms that exists on Earth today? The explanation in all textbooks is: Oxygen. Complex life evolved because the atmospheric levels of oxygen began to rise app. 630 – 635 million years ago.

However new studies of a common sea sponge from Kerteminde Fjord in Denmark shows that this explanation needs to be reconsidered. The sponge studies show that animals can live and grow even with very limited oxygen supplies.

In fact animals can live and grow when the atmosphere contains only 0.5 per cent of the oxygen levels in today’s atmosphere.

"Our studies suggest that the origin of animals was not prevented by low oxygen levels”, says Daniel Mills, PhD at the Nordic Center for Earth Evolution at the University of Southern Denmark.

Together with Lewis M. Ward from the California Institute of Technology he is the lead author of a research paper about the work in the journal PNAS.

A little over half a billion years ago, the first forms of complex life - animals - evolved on Earth. Billions of years before that life had only consisted of simple single-celled life forms. The emergence of animals coincided with a significant rise in atmospheric oxygen, and therefore it seemed obvious to link the two events and conclude that the increased oxygen levels had led to the evolution of animals.

"But nobody has ever tested how much oxygen animals need – at least not to my knowledge.  Therefore we decided to find out”, says Daniel Mills.

The living animals that most closely resemble the first animals on Earth are sea sponges. The species Halichondria panicea lives only a few meters from the University of Southern Denmark’s Marine Biological Research Centre in Kerteminde, and it was here that Daniel Mills fished out individuals for his research.

"When we placed the sponges in our lab, they continued to breathe and grow even when the oxygen levels reached 0.5 per cent of present day atmospheric levels", says Daniel Mills.

This is lower than the oxygen levels we thought were necessary for animal life.

The big question now is: If low oxygen levels did not prevent animals from evolving – then what did? Why did life consist of only primitive single-celled bacteria and amoebae for billions of years before everything suddenly exploded and complex life arose?

"There must have been other ecological and evolutionary mechanisms at play. Maybe life remained microbial for so long because it took a while to develop the biological machinery required to construct an animal. Perhaps the ancient Earth lacked animals because complex, many-celled bodies are simply hard to evolve", says Daniel Mills.

His colleagues from the Nordic Center for Earth Evolution have previously shown that oxygen levels have actually risen dramatically at least one time before complex life evolved.  Although plenty of oxygen thus became available it did not lead to the development of complex life.

What is complex life

Complex life differs from primitive life forms such as bacteria and amoeba in several ways - primarily in that they are multicellular, and that cells can differentiate and specialize. Examples of complex life include animals, plants and fungi.

Photo: This is the sponge used in the experiment at University of Southern Denmark, fished out of Kerteminde Fjord in Denmark. Credit: Daniel Mills/SDU.