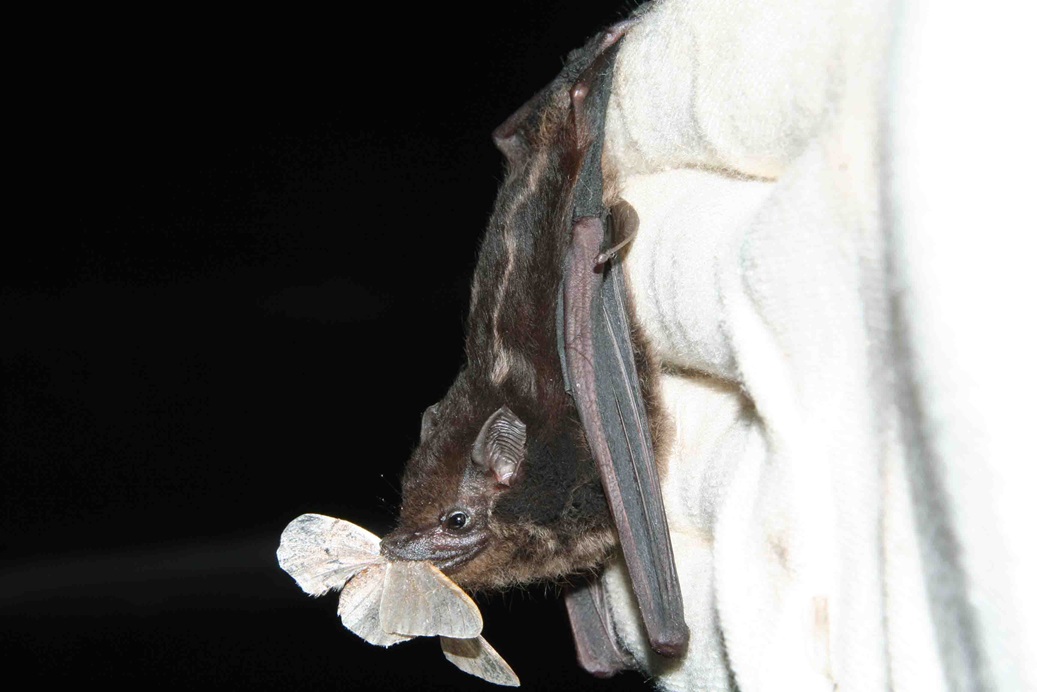 Obtaining food at the equator does not require sophisticated hunting techniques, at least not if you are a bat. Biologists from the University of Southern Denmark believe so after presenting a new set of bat studies in the scientific journal PNAS.

Postdoc Lasse Jakobsen (currently at the Centre for Animal Movement in Lund, Sweden), Ph.D. Mads Nedergaard Olsen and Professor Annemarie Surlykke went on an expedition to equatorial Panama to investigate whether bats there use the same hunting techniques as bats at more temperate latitudes.

"We know from previous studies that many bats use a very sophisticated hunting technique to catch insects and other prey. We wanted to find out if all bats do that”, says Jakobsen.

The biologists’ recordings revealed that equatorial bats do not use the same advanced hunting technique. Instead, they use a somewhat less refined technique.

"It may be the same technique as used by the first common bat ancestors millions of years ago. If that is the case, there has been no evolution of this hunting technique in these equatorial bats", explains Jakobsen.

"We think that life at the equator is so easy for these bats that they - unlike other bats - simply have no need to improve their hunting techniques in the past several million years. At the equator, there are plenty of insects and stable conditions all year round.”

The studied bat family at the equator is the so-called emballonuridae. The two families of bats, where researchers have found the advanced hunting technique are the horseshoe bats (Rhinolophidae) and vesper bats (Vespertilionidae).

Most bats orient themselves and hunt by using echolocation; they emit sounds which are reflected by the surroundings, thus giving the bats information about objects in their vicinity.

All echolocating bats – including emballonuridae - need to maintain a wide field of acoustic view in order to find prey, and all studied bats have this ability. The difference is that the equatorial emballonuridae do this in a less sophisticated way than horseshoe and vesper bats.

Previous studies have shown that horseshoe and vesper bats employ a highly sophisticated echolocalization technique. When they close in on their prey, they are capable of spreading out the emitted sound beam in extremely short time and thus get a wider acoustic field. This enables the bats to locate and capture fluttering insects.

It would make sense to find the same ability in other bat families. But the bats in equatorial Panama showed no such refined technique.

"They do not vary the sound beam. Instead, they just continue to emit loud calls and ensonify the surroundings with large amounts of energy. It is not very sophisticated, more like brute force, but it works. They obviously have not had to change this", says Jakobsen.

The equatorial bats may manage brilliantly without refined hunting techniques. But they have not managed well enough to spread to the rest of the world. They are found only at the equator, while horseshoe and vesper bats are found all around the world.

Bats are flying mammals. They account for about a quarter of all known mammalian species.