People News from the Faculty, Week 44

Awards, fundings, etc from the faculty.

Christine McKenzie, professor, FKF, has, together with colleagues from KU and DTU, initiated that the 47th ICCC – International Conference on Coordination Chemistry will be held in Odense in 2024. 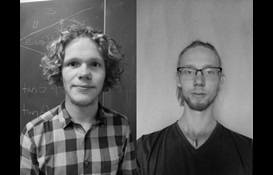 Anne Juul Jensen, FKF, has defended her Ph.D. Archaeometric measurements of medieval human bones from the cemeteries in Ribe, Denmark.