Paolo Ceppi is an Associate Professor at the Department of Biochemistry and Molecular Biology (BMB) since Summer 2019. He received his PhD from the University of Torino in 2011, followed by a postdoctoral appointment in the laboratory of Prof. Marcus Peter at the R.H. Lurie Comprehensive Cancer Center of the Northwestern University in Chicago. In 2015 he was appointed as a Junior Group Leader (equivalent to Assist. Prof.) at the Interdisciplinary Center of Clinical Research (IZKF) of the FAU University of Erlangen-Nuremberg, in Germany. His team focuses on the mechanisms that regulate cancer plasticity and the association between cancer de-differentiation and sensitivity to chemotherapy, with a special focus on metabolic pathways. In 2017 he was awarded the Young Investigator Award from the International Association for the Study of Lung Cancer. He received funding from the US Department of Defense, the German Cancer Aid, the German Research Foundation and the Danish Independent Research Fund.

A complete list of publications by Paolo Ceppi can be found here. 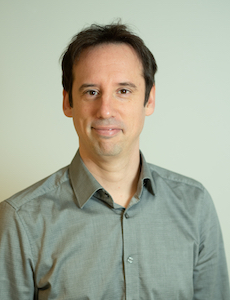