My research focuses on transition metals and how they can be described using computational models. My interest in transitional metals is attributable to their central role in both industrial and biological processes.

An example covering both industry and biology is a family of copper proteins (in short LPMO), which are found in certain fungi and bacteria. The proteins were discovered in 2010 and are involved in the degradation of biological material. After the discovery it was realized that biomaterials degrade much more rapidly in nature than previously thought. In addition, LPMO proteins may have many other (as yet unknown) functions. Today they are used industrially in the production of biofuels, but the industrial process is not optimised with LPMO in mind and we know too little about the proteins to make the most of them.

Computational models play an increasingly important role in our efforts to clarify the mechanism behind the function of LMPO proteins, both in nature and in industry. The same is true for many other natural and industrial processes involving transitional metals. By understanding the mechanisms behind these processes, we can propose improvements to, for example, LPMO for biofuel production  – thereby creating fertile ground for the production of renewable energy.

Unfortunately, our calculation methods often fall short when we try to describe even relatively simple transitional metals - for proteins it is often not even possible to perform the calculations. Part of my research is to develop new calculation methods that can handle both simple transitional metals, but also larger systems (including proteins). Many of the methods we develop are based on quantum mechanical models, but often we also use simpler (and faster) classic models or classic-quantum mechanical hybrid-models.

My research is often carried out in collaboration - with both theoretical and experimental chemists from Denmarkt and abroad.

My research is supported by: 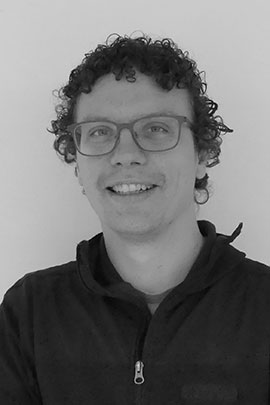