Can whales smell and taste their dinner?

A team of biologists has examined whale behavior when exposed to food scent and taste. They found that whales react to flavor of e.g. krill through water, but not to scents through air as they jump above the ocean surface.

When Sara Ortiz last year was writing her master thesis, she got an opportunity to join a team of researchers on a field trip to study whales. The study wanted to investigate whether humpback whales react to food scent and taste through air and water.

It may seem obvious that animals react to scents of food, but when it comes to whales it is not so straightforward. Whales' noses and throat have proved to be very different from those of human beings.

Whales 'breath' through the blowhole (nose), which is made up of a hole located at the top of the head. This anatomy means that scientists have so far not known whether whales can smell when food is nearby.

Studies in Iceland, Antarctica and Madagascar

The team of scientists wanted to study whether they could see any whale reaction when there was food scent or taste nearby. They performed experiments that involved pouring food scents and food powder into the sea and distributing it in the air in case of the scent, or water in case of the food particles for the taste around the whales. The experiments were performed in Iceland, Antarctica and Madagascar.

In both types of experiments, Sara's task was to send the food scents off without the researchers knowing what type of product she was releasing in the water. By doing this "blind test", scientists could create a neutral environment making it possible to examine the behavior of the whales without an expectation on where the whales would swim. The method made it possible to see if the whales will move towards the food odor or if they would ignore it because they cannot smell or taste it. 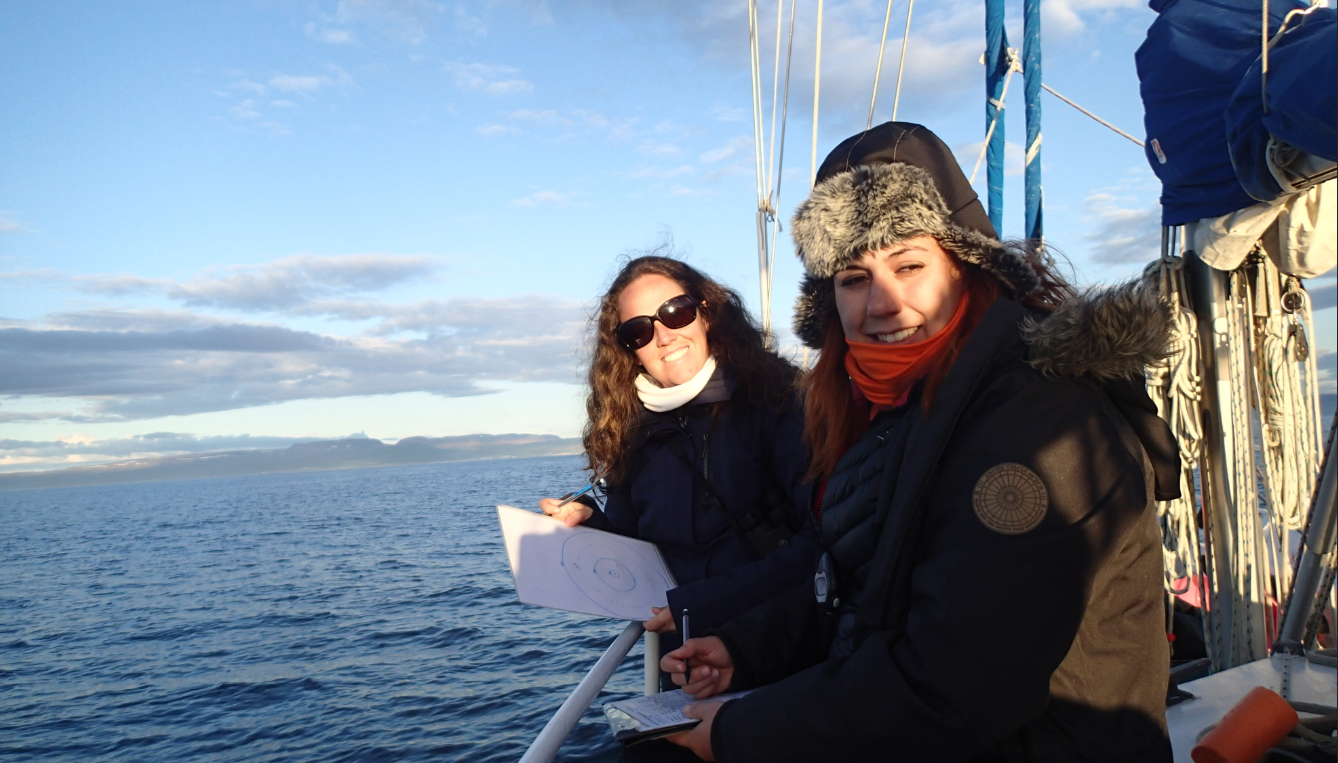 Picture from the field trip in Iceland, where Sara Ortiz participated in carrying out experiments with the sense of smell from hunchback whales. Photo: Sara Ortiz.

Experiments from a floating platform

The samples were ejected from a floating platform that the researchers themselves had brought. The platform consisted of a dispenser that distributed the scent samples in the sea, see photo A on the left. From the recording platform, photo A to the right, the researchers could measure the whales' movement patterns.

This setup was used in all three areas where the measurements were made. 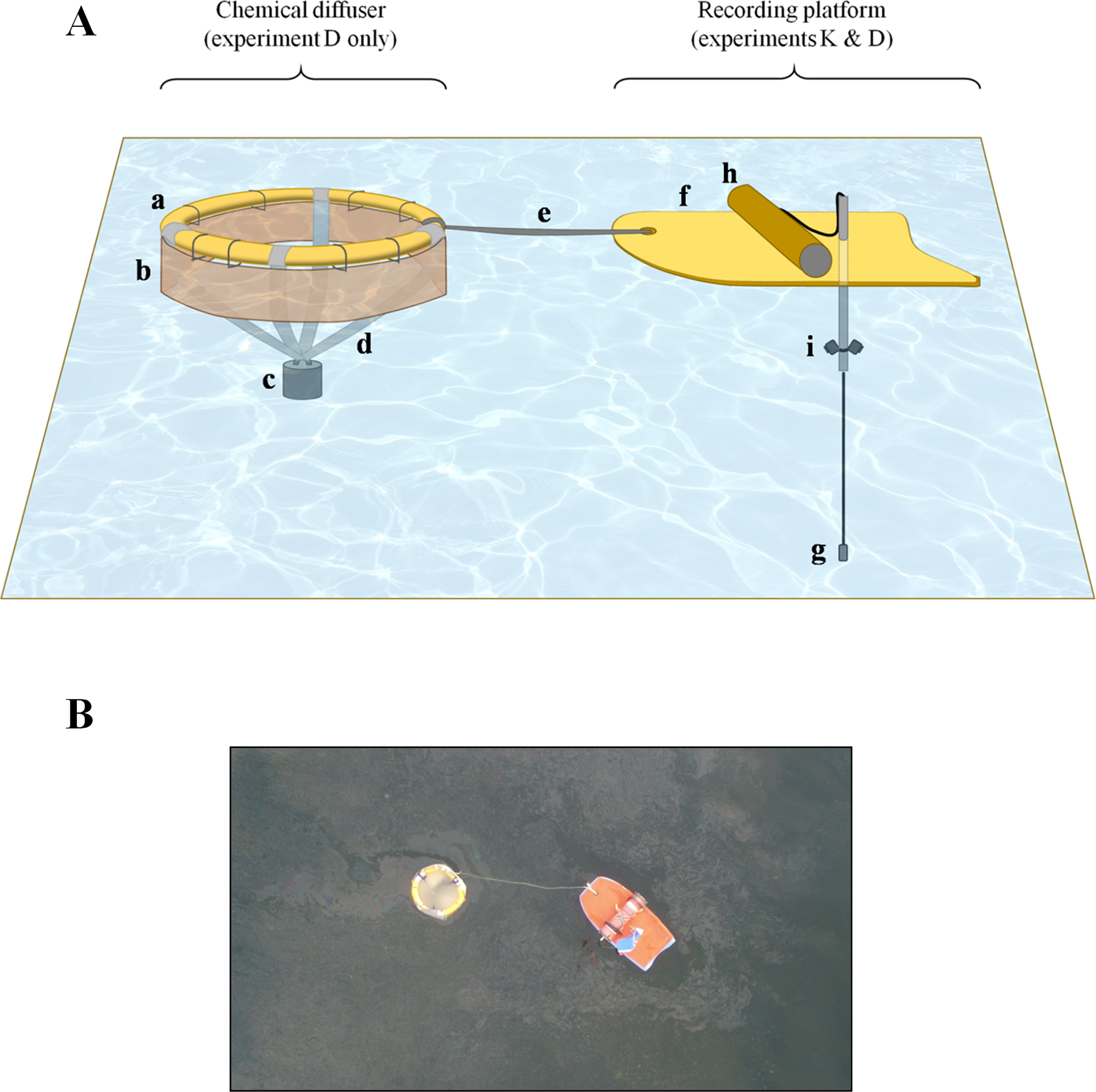 Photo A: Illustration of the setup. The dispenser to the left and measuring equipment to the right. Photo B: Photo from the sea with the actual setup. Figures are taken from the publication.

Whales can taste in water but not smell in air

As opposed to what is found in humans, the researchers discovered that the whales reacted to the krill that was emitted in the water. They saw that, when the sample was released into the water, the humpback whales changed direction and swam towards the krill.

When whales swim up over the ocean surface and inhale air, the researchers would investigate whether food scents via air had any significance for the large marine animals. To their surprise, however, the researchers found that the humpback whales did not respond to the airborne DMS.

Read more about the study in the scientific journal PLOS here.