Philip Hallenborg, research development manager at the Faculty of Science, has just released his second thriller, "Fenris". As his first thriller, it deals with a scientific theme.

This time, evolution is the underlying theme of the story of the dog Fenris, who turns out to be more wolf than dog, and its existence must be hidden at any cost.

– Many people, especially in the United States, are turning their backs on Darwin's theory. Those people are as crazy as the ones saying that the Earth is flat. Unfortunately, this group of people is  growing these years, as well. So, it's really about making science more accessible to people. I hope my novels can help with this, says Philip Hallenborg, who just started as a research development manager in the External Relations team of the Faculty of Science after having researched in molecular biology at the Department of Biochemistry and Molecular Biology for a number of years. 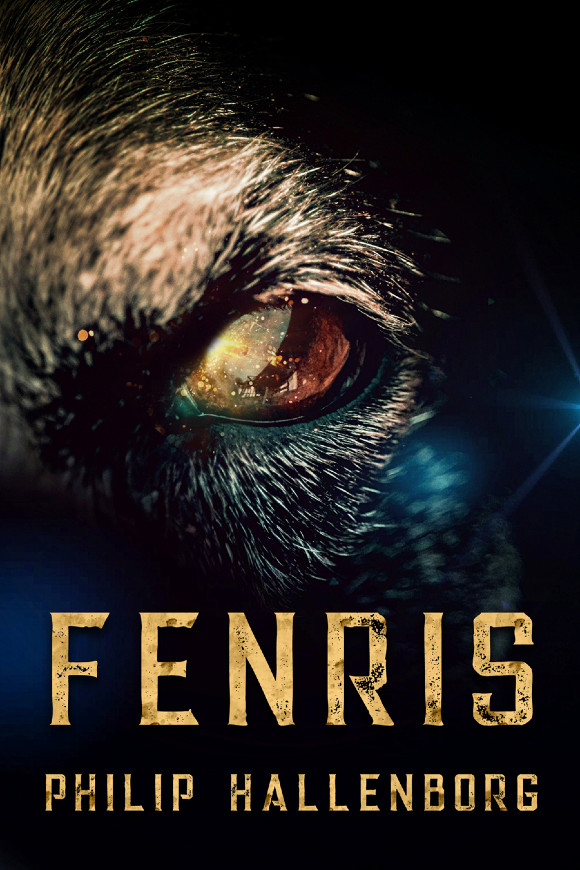 When we misunderstand evolution

Asta struggles to recover after the loss of her mother. It does not make it any easier for her that the image of her mother slowly starts to crack. Suddenly, it even turns out that there may be something suspicious about her mother’s death. Asta makes every effort to find a killer who may not be there at all.

Sindy is alone in raising her multi-disabled son. The task is close to cracking her as the boy shows a new side of himself.

Meanwhile, psychiatrist Kristoffer needs use one of his patients to redeem an old debt, putting into perspective an unimaginable secret that binds all the characters together and leads all the way back to Fenris.

"Fenris" is a story of evolution and what can happen when man misunderstands the most fundamental law of nature of all.

If you are interested in reading "Fenris" ( available only in Danish), you can buy it by writing an e-mail to Philip Hallenborg at philipha@sdu.dk. He will then arrange for delivery. The price is DKK 100.

Mystery of the SARS virus

Before Håkon gets to reveal his secret, however, he is killed. Martin and Håkon's widow begin to dig into why Håkon was murdered. It is clear that Håkon possessed an uncanny knowledge of the SARS virus that ravaged Asia in the beginning of the new millennium. A knowledge that an unimaginable alliance will do everything to keep hidden. However, it turns out that SARS was just part of fulfilling an ancient prophecy …

"Og jeg saa en ny himmel" can also be purchased from Philip Hallenborg. The price is normally DKK 120, but it can be obtained for DKK 100 if you buy it together with "Fenris".