The team from University of Southern Denmark participates  at the annual  challenge held by  IMECHE UAS in Wales  and competes with teams from other universities from around the world.

For the 2019 season the team developed a blended body - box wing drone that won the "most promise" award at the IMECHE UAS completion.

The drone, built at the UAS drone center lab, has a wingspan of 1.5 meters, carries 1.6 kg of payload and, due to the box wing configuration, is up to 30% more efficient than a conventional aircraft. 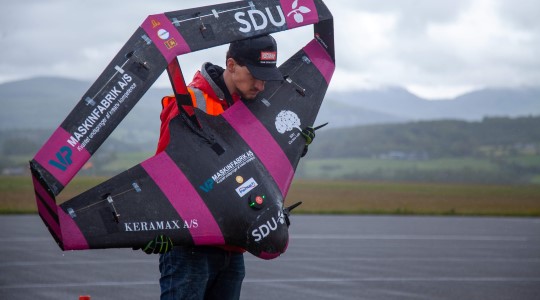 Responsible for page: Department of Mechanical and Electrical Engineering