Female lifespan is longer in wild mammal animals than in humans

Longer lives are not only for female humans: Mammalian female’s average lifespan is 18.6% longer than that of males. In humans the female advantage is on average 7.8%

On average, women live longer than men: About 90% of people reaching 110 years old or more are women. The current record holder is Jeanne Calment, who was 122 years old, when she died in 1997.

Now a new study shows, that even greater differences in lifespan are found in wild mammals. The average female wild mammal lives 18.6 % longer than her male counterpart. In humans the difference is “only” 7.8 %.

The study was conducted by researchers from University of Southern Denmark and University Lyon 1 in collaboration with several international teams. It is published in the Proceedings of the National Academy of Sciences of the United States (PNAS).

The researchers compiled demographic data for more than 130 wild mammal populations and were able to estimate the average longevity and the rate of increase in the risk of dying as a function of age for both sexes.

The analyzes led to unexpected results. Not only do females generally live longer than males in wild mammals, but the difference in longevity between the sexes, although very variable depending on the population, in the vast majority of cases exceeds the difference observed in human populations.

- For about half of the mammal populations studied, the increased risk of mortality with age is actually more pronounced in females than in males, Fernando Colchero explains.

These results show that the larger longevity of females than males is most likely due to other factors that affect individuals during their entire adult life.

To reach this conclusion, Colchero and his colleagues calculated the average age at death, as well as the rate at which mortality increases with age.

Is risky male behavior a cause?

There is a common belief that males engage in potentially dangerous sexual competitions and live riskier lives than females, and that this could account for their shorter lifespan.

Contrary to this idea, this study reveals that the intensity of sexual selection does not directly modulate the amplitude of the differences in longevity observed between the sexes.

The results rather suggest that complex interactions between the physiological characteristics specific to each sex and local environmental conditions are at play.

- We see many variations in the species studied. For some species, the males actually have the longest lifespan. That said, there is a statistically clear trend and there are a number of plausible explanations, says Dalia Conde, associate professor and an expert in animal conservation, Department of Biology, University of Southern Denmark.

Why do the females live longer?

One explanation is that males often are larger and put more energy in sexual characters such as growing larger horns than females. This requires energy, and if the animals live in a harsh climate, the males may be more vulnerable to these extreme environmental conditions. 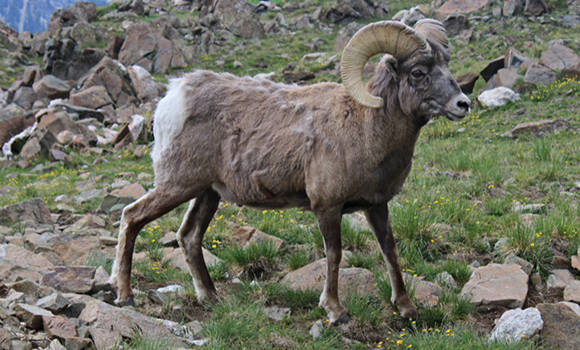 Another explanation is that males produce more androgens (male hormones) than females. Androgens modulate immune performance and when present at high levels, they can impair some aspects of the immune defense, making males more susceptible to infections and diseases.

Fernando Colchero is a statitician, specializing in linking mathematics, statistics and demography to understand what shapes demographic rates and spatial processes in wild populations.

Dalia Conde is a biologist, spezialising in animal conservation and demography studies. She is also Director of Science at Species360.

Is published in the Proceedings of the National Academy of Sciences of the United States (PNAS).