More and more of the world's waters are seriously lacking oxygen. Could we use pumps to bring oxygen and thus higher life back into these waters? A Danish/Swedish research team says yes. They installed pumps in a Swedish fjord that showed a strong oxygen deficit and now they report that all the right oxygen-loving organisms have come back to the fjord. 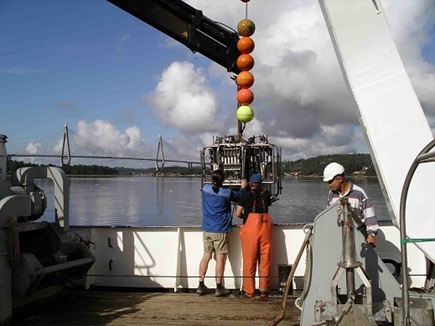 Lack of oxygen is a major problem in many of the world's waters. Both big oceans and small fjords are affected, and climate models predict an increase of this phenomenon in the future. To bring oxygen and thus higher life back to these waters is a huge task. But maybe it is possible - at least judging by a pilot project in a Swedish fjord.

"Our Swedish colleagues got the idea to use a pump to mix oxygen-rich surface water into the deeper parts of the water column in the fjord which was lacking oxygen”, says postdoc Michael Forth and Associate Professor Alexander Treusch from the Nordic Center for Earth Evolution, Institute of Biology at the University of Southern Denmark.

Could also help the Baltic Sea

The Swedish part of the team, Professor Anders Stigebrandt and Dr. Bengt Liljebladh from the Department of Earth Sciences, Oceanography, and Professor Per Hall from the Department of Chemistry and Molecular Biology, Marine Chemistry at the University of Gothenburg, were interested if pumps could support and enhance natural venting events, that bring oxygen-rich water into deeper parts of the water column. Ultimately such an approach could be used to increase water quality in the oxygen-lacking Baltic Sea, they believe.

To test these ideas, a large-scale experiment was conducted in a Swedish fjord called Byfjord, which is located near the town of Uddevalla. Similarly to the Baltic, the four kilometer long and 1.5 km wide fjord has a shallow entrance with a deeper basin that, in the case of the fjord, is 51 m deep. The water in the fjord’s deep basin doesn’t get mixed as oxygen-rich water coming in from the Kattegat Ocean and the river Bävenå exchanges only the surface water. Therefore the bottom waters suffer from a long-term lack of oxygen.

Did the experiment work? After two months of pumping, higher oxygen concentrations became detectable in the bottom waters. 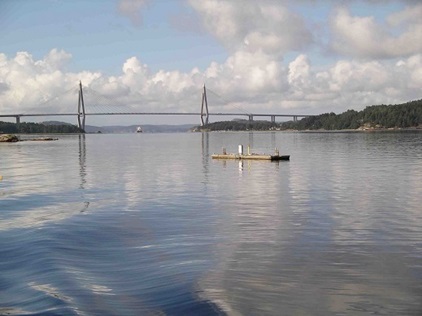 Forth says “Already while the pumps were working we could see how some oxygen requiring bacteria returned into the deeper water of the fjord and some that don’t like oxygen disappeared.”

Before the pumps were used, the anoxic bottom waters were home to certain groups of bacteria, e.g. the so-called SUP05 clade and Desulfocapsa bacteria. These microorganisms use nitrate or sulphate instead of oxygen for respiration. As part of this lifestyle the SUP05 and similar bacteria transform sulfur, carbon and nitrogen in such large quantities that it can change the chemical composition of an ocean and can contribute to the production of climate-active gases.

“At the same time as we saw the SUP05 bacteria disappearing from the fjord’s bottom waters, the oxygen-requiring SAR11 clade bacteria appeared. Until then they had only lived in the surface water”, say Forth and Treusch and continue:

"In the later phase of the experiment the entire water column began to look healthy. Many of the oxygen-needing bacterial species had returned and new bacterial communities similar to those in natural oxic fjords formed. This showed us that the idea worked.”

50 pct of bottom water was replaced

For obvious reasons the scientists do not know if the oxygen levels in the fjord will begin to fall again in the future, now that the pumps have stopped. But initially there was no sign of this happening.

"It seems that the fjord “only” needs help from time to time to restore the oxygen levels and then it can maintain them for a longer period of time on its own”, the researchers said.

Overall, 50 per cent of the Byfjords bottom water (below 15 meters) was replaced with fresh oxygen-rich water from the Kattegat Ocean in the frame of the experiment.

The results from the Swedish fjord may have implications for the whole Baltic Sea.

Facts about lack of oxygen in world oceans

Lack of oxygen in the oceans is an increasing problem. Climate models indicate that the large anoxic areas, called Oxygen Minimum Zones (OMZs), are growing. Growing OMZs may lead to an increase in the loss of organic nitrogen and affect the global carbon cycle. There are very large OMZs off the coast of Chile and in the Arabian Sea.