The institute was to be in charge of the post-mortem examination of brains from patients who died in the State Mental Hospitals. The Insitute of Brain Pathology opened April 1, 1945

The Institute of Brain Pathology was closed May 1, 1982.
The collected brains were saved for future research and form the present Brain Collection.

Many brains were examined 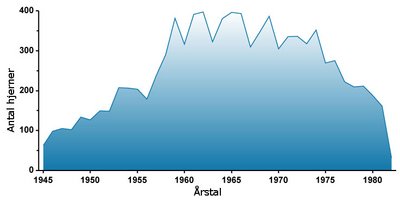 During 37 years, the Institute of Brain Pathology examined brains from 9479 patient. 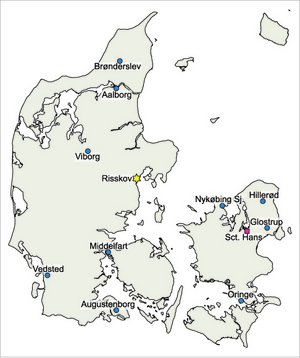 The majority of the brains came from the large and old state mental hospitals, whereas only few brains from the more recently established psychiatric hospitals were examined.

Based on preliminary numbers.

Age distribution for the examined patients

The majority of the examined patients died old—some after living a long life at a psychiatric hospital.

This plot was calculated to give an impression of the age of potential next of kin alive today.