Martin R. Larsen obtained his Ph.D. in Proteomics in 2000 from the Department of Biochemistry and Molecular Biology, University of Southern Denmark (SDU). After this, he spends a period at the Australian Proteome Analysis Facility, Sydney, Australia as a Danish Research Council sponsored postdoctoral fellow. In 2002 he returned to the Department of Biochemistry and Molecular Biology at SDU and has since 2005 headed his own research group at SDU. In 2006 he became Associated Professor and was appointed full Professor in 2011. Martin R. Larsen is internationally recognized for method development for characterization of post-translational modifications (PTMs) of proteins and in bridging biological mass spectrometry and biomedical research. He has developed many methods that are used world-wide to investigate signaling pathways in cellular biology. His research group is primarily working on signaling in the areas of neurobiology and pancreatic beta-cell biology and diseases associated with these areas. Recently, he has introduced 3D brain organoids in his laboratory as a model system for studying brain development and neurological diseases. Martin R. Larsen has supervised and mentored more than 40 Master, Ph.D. students and postdocs and in 2014 he received the prestigious Danish Elite Research Award for his contribution to science in Denmark.

A complete list of publications by Martin Røssel Larsen can be found here. 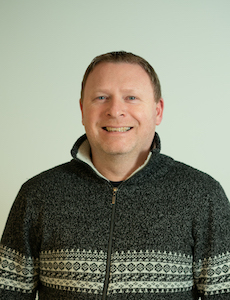