Blagoy Blagoev received his M.Sc. degree in Cellular and Developmental Biology from Sofia University, Bulgaria, in 1996. In 1999 he joined the group of Prof. Dr. Matthias Mann in Odense University (now University of Southern Denmark) and under his supervision obtained Ph.D. in Biochemistry and Molecular Biology in 2003. He became an associate professor in 2007 and since 2014, holds a position as professor at the Department of Biochemistry and Molecular Biology, University of Southern Denmark. He was awarded the Biotechnology Award for Young Researchers from the Danish Biotechnological Society (2007), the Research Prize for Young Scientists from The Lundbeck Foundation (2008) and the Young Elite Researcher Prize from the Danish Ministry of Science (2009) for his quantitative proteomics research on the regulation and dynamics of signaling networks. Blagoy Blagoev is a member of the Danish Diabetes Academy, the Danish Proteomics Society (DAPSOC), the American Society for Biochemistry and Molecular Biology (ASBMB), and a Fellow of the Royal Society of Chemistry UK.

A complete list of publications by Blagoy Blagoev can be found here.

The proper function and survival of every cell in multicellular organisms is dependent on intracellular signaling networks that control cell’s growth, differentiation and metabolism. Deregulation of signaling, e.g. loss of growth control, is at the heart of many developmental disorders and severe human diseases including cancer and diabetes.
Our research interest is to explore the mechanisms of cell signaling that control the functions and fate of eukaryotic cells. We utilize modern quantitative proteomics for comprehensive characterization of entire signaling networks with emphasis on their dynamic regulation by posttranslational modifications like phosphorylation and ubiquitination. We investigate the complex and dynamic orchestra of signaling events in human stem cells during cellular development and differentiation. Furthermore, we conduct global comparative studies in various cell lines and tissues aiming to unveil aberrant signaling properties in disease states, which may serve as relevant targets for clinical intervention.
Our major analytical platform is based on high-accuracy mass spectrometry in combination with Stable Isotope Labeling by Amino acids in Cell culture (SILAC), a versatile and accurate method for quantitative proteomics. In addition we employ wide range of classical and modern techniques for proteomics, molecular/cell biology and bioinformatics. 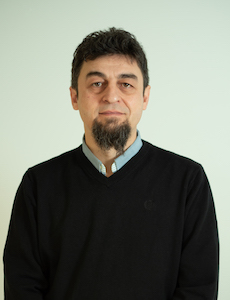