Chemical analyses of Tycho Brahe’s exhumed remains have revealed that the world-renowned astronomer was regularly exposed to large quantities of gold until shortly before his death.

The Renaissance astronomer Tycho Brahe truly lived a gilded life, according to a team of chemists who have analysed his hair.

- We found traces of gold in Tycho Brahe’s hair, and we can establish that he was exposed to gold while these hairs were still on his body, said Kaare Lund Rasmussen, Associate Professor at SDU’s Department of Physics, Chemistry and Pharmacy.

Rasmussen and his team obtained permission to analyse pieces of hair from the scalp, beard and eyebrows of the astronomer, whose remains are today located in the City of Prague Museum in Prague. The findings have been published in the scientific journal Archaeometry.

Analyses of three separate hair samples showed a gold content ca. 20 to 100 times higher than what one would expect to find in a typical person today.

There are no natural sources that could explain this high level of exposure to gold, such as soil or water, which means that Brahe must have been regularly exposed to gold in his everyday life.

- It may have been the cutlery and plates of gold, or maybe the wine he drank contained gold leaf. It’s also possible that he concocted and consumed elixirs containing gold, or that he worked with alchemy, Rasmussen said. 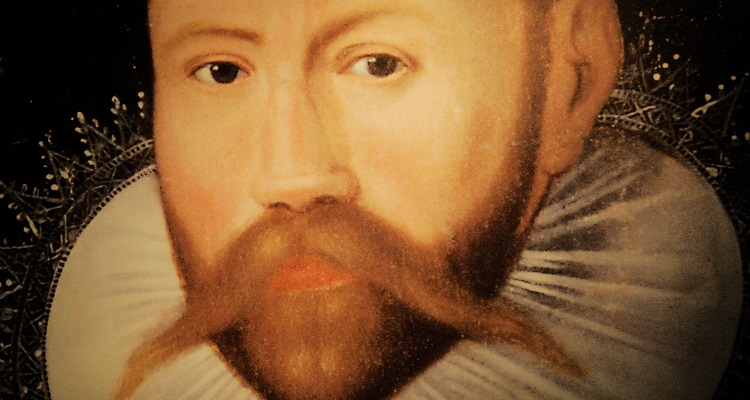 Gold was not the only metal the researchers found traces of. Brahe’s hair also contained traces of iron, cobalt, arsenic and silver in concentrations exceeding what is common today - albeit not to the same degree as the gold content in his hair.

The concentration of metals is lower in the younger parts of the hairs, which allows the researchers to conclude that he was not exposed to these metals approximately the last 2 months before his death. The reason for that may be thathe was too weak to work in his laboratory in his final weeks and months.

- What this tells us is that he did not suffer from an acute and fatal poisoning. This is not a particularly unusual cause of death in a period where the toxicity of metals was still unknown. Sir Isaac Newton, for instance, was subjected to mercury and lead poisoning, Rasmussen explained.

Today, we know that certain metals - and especially heavy metals - can be outright toxic, but in Tycho Brahe’s time, the 1600s, no one was aware of this yet.

In fact, people were keen to incorporate these valuable metals into their everyday lives, as they could be used for many different things. Clay plates and dishes, for example, were lead-glazed to give them a water-repellent surface, and mercury was used as medicine or tonic elixirs. Unfortunately, these were also heavy metals which could damage one’s internal organs and nervous system.

Tycho Brahe also lived in an era where many in the natural sciences were conducting experiments with various elements in the laboratory. Alchemy was at the cutting edge of contemporary scientific research, and because the toxicity of these elements had yet to be discovered, many alchemists ended up poisoning themselves as a consequence of their work.

What did he NOT die of

The analyses of Brahe’s remains also allowed researchers to establish with certainty that he did not have a number of metabolic diseases. Earlier analyses by Rasmussen and his colleagues have shown that Brahe did not die of mercury poisoning, which has been a prevailing theory for some time.

The theory was finally debunked in 2012 when Rasmussen and his colleagues conducted tests on the astronomer’s remains and found no traces of mercury in his hair, teeth or bones. The latest analyses also did not find any traces of mercury.

Samples from the grave

In 2010, a team of Danish and Czech researchers exhumed Brahe’s body from its resting place in the Church of Our Lady Before Tyn in Prague, Czech Republic. The team took a number of samples from his hair, teeth, bones and clothes, after which he was buried again.