Nanoparticles in the environment can be more hamful than we think

Researchers warn that a combination of nanoparticles and contaminants may form a cocktail that is harmful to our cells. In their study, 72 pct. of cells died after exposure to a cocktail of nano-silver and cadmium ions.

Nanoparticles are becoming increasingly widespread in our environment. Thousands of products contain nanoparticles because of their unique properties.

Silver nanoparticles are one example: They have an effective antibacterial effect and can be found in refrigerators, sports clothes, cosmetics, tooth brushes, water filters, etc.

In this film Professor Frank Kjeldsen talks further about his metal nanoparticle concerns.

Professor Frank Kjeldsen, SDU, has lad a cell study, that, in his view, causes concern. The study is published in Nanotoxicoloy.

There is a significant difference between how the cells react when exposed to nanosilver alone and when they are exposed to a cocktail of nanosilver and cadmium ions. Cadmium ions are naturally found everywhere around us on Earth.

The study was conducted on human liver cancer cells. 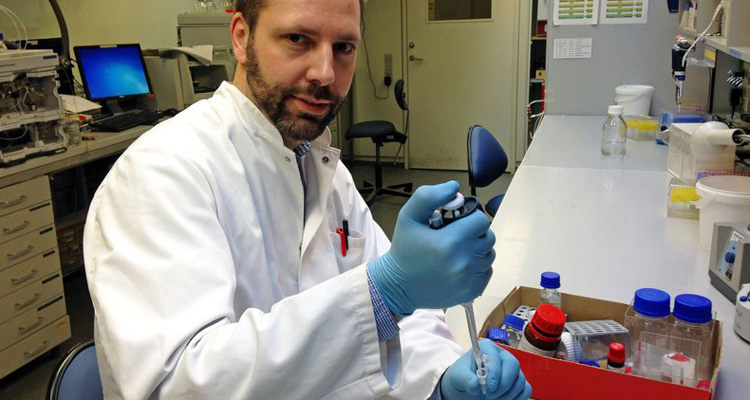 - This study indicates, that we should not look at nanoparticles isolated when we investigate and discuss the effects, they may have on our health. We need to also account for potential synergestic effects, said Professor Frank Kjeldsen, Dept of Biochemistry and Molecular Biology, SDU, adding:

Industry is not controlled

- Products with nano particles are being developed and manufactured every day, but in many countries there are no regulations, so there is no way of knowing what and how many nanoparticles are being released into the environment. In my opinion, this should be stopped.

Other studies, led by Professor Kjeldsen have previously shown that human cells interact with metal nanoparticles.

One study showed that nano-silver leads to the formation free radicals in cells and changes in the form and amount of proteins. Many serious diseases are characterized by an overproduction of free radicals in cells. This applies to cancer and neurological diseases such as Alzheimer's and Parkinson's. Read about this study here.

His research into metal nano particles is backed by a ERC Grant of 14 m DKK. Projet title: Formation and Characterization of Protein Post-Translational Modifications and Assessment of Cellular Responses by Application of Metals in Biological Systems.