Anyone for crispy jellyfish?

The world needs new foods, and we are gradually getting used to the idea of having to eat seaweed and insects. So jellyfish on our plates would not put us off. Right?

There are far too many jellyfish in the sea, and we have an ever-increasing number of mouths to feed on the Earth. So why not eat the jellyfish? Win-win.

For thousands of years jellyfish has been a highly desirable food in Asia, but it has never really taken off in the West. Maybe it is something to do with the gristly texture jellyfish acquires after being subjected to the traditional processing procedure in Asia.

Now a gastrophysicist from SDU has developed a new method for drying jellyfish to a stage, at which it loses all the gristly consistency and becomes paper-thin and crunchy: a bit like a potato crisp. 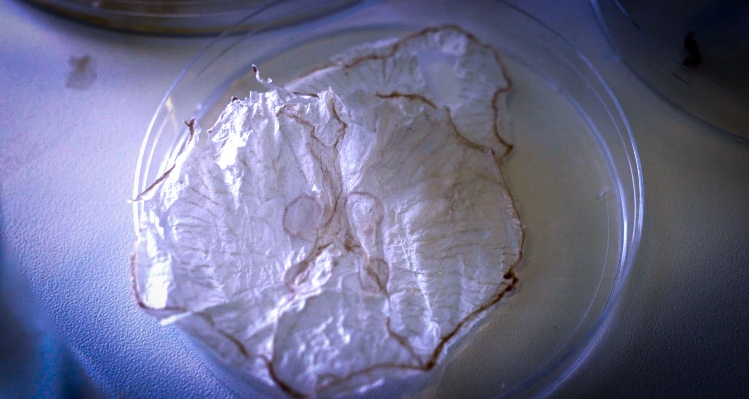 The work was carried out together with SDU researchers, Jonathan Brewer, Lars Duelund and Per Lyngs Hansen, and the results published in The International Journal of Gastronomy and Food Science.

Not only can the method make jellyfish more attractive to Westerners, it can also make the Asiatic processing procedure significantly faster, thereby increasing the efficiency of the Asian processing plants.

Every year several hundred tons of dried jellyfish are produced. This is no easy procedure. It takes between 30 and 40 days for the jellyfish to be finished and ready for distribution in shops.

Days instead of weeks

For a long time the gastrophysicist, Mie Thorborg Pedersen has been fascinated by jellyfish, and it is her research into them that has now led to the jellyfish crisps, which only take a couple of days to make.

In brief, the method involves steeping the jellyfish in alcohol and letting the alcohol extract the water from them.

- In the course of a couple of days, the alcohol replaces the water in the jellyfish. In the subsequent evaporation process they become bone dry, says Mie Thorborg Pedersen.

These crunchy jellyfish crisps do not have an overly distinctive taste, but she thinks they actually taste pretty good.

- The mouth feel and the aesthetic appearance in particular have gastronomic potential.

As a physicist, Mie Thorborg Pedersen does not regard the jellyfish as an animal, but as a gel.

- Gels respond differently when put in different solutions. In alcohol some gels simply collapse, and that is exactly what we see a jellyfish doing. As the jellyfish collapses, the water is extracted from it and its volume is reduced. 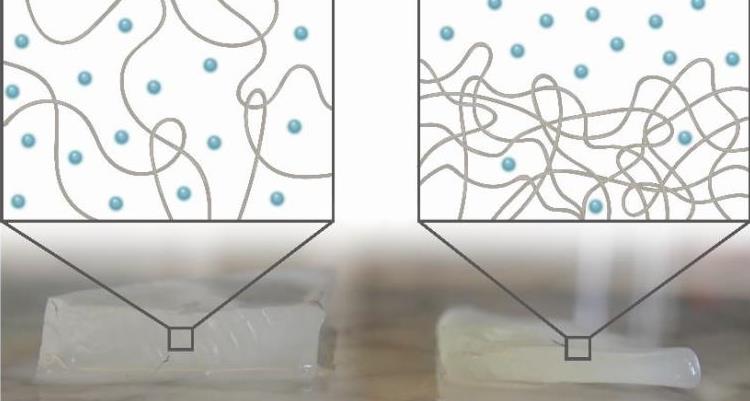 In traditional processing plants they use kitchen salt and alum to extract the water from the jellyfish.

Firstly, they use the same types of salts that are used for tanning leather, and maybe this is not so appropriate in a cooking context. Secondly, the process is extremely time consuming. The jellyfish constantly have to be moved to new tanks, and it takes at least a month before they are finished and the plant can receive a new shipment.

A nuisance to fishermen

- It might be interesting for them to consider alcohol drying, says Mie Thorborg Pedersen.

Win-win. That is our verdict.

Mie Thorborg Pedersen is a gastrophysicist from the Department of Physics, Chemistry and Pharmacy.

How to dry a jellyfish

What happens after Mie Thorborg Pedersen collects a jellyfish from the fjord?