Over recent weeks, 44 exchange students from 17 different countries have been immersing themselves in Danish language and culture at SDU and in Odense.

“Why are you studying Danish?” This question, asked in a slightly surprised tone, is one encountered many times by the international students at SDU’s Danish summer school over recent weeks. For most Danes, it is both unusual and a bit difficult to understand that young people from other countries are so interested in our tiny country that they have chosen to study our language, culture and literature.

However, judging by the interest in SDU's first summer school in Danish language, culture and literature (100 applicants for each of the 44 places), Danish hygge, culture and values have a greater impact in the world than we could even imagine.

For Jovana Rankovic, Jovana Pelic and Goran Vojinovic from Serbia, it was the most natural thing in the world to choose to study Danish at The University of Belgrade and build on their studies by attending a summer school in Denmark.

“I wanted to study a minor foreign language, and you have quite good job opportunities in Serbia with studies at the Scandinavian Institute, as you learn Danish, Swedish and Norwegian. It provides good opportunities in international companies in the area, because there’s only five of us every year from the whole of the Balkans studying Danish”, Goran Vojinovic explains in excellent Danish with just a slight accent. And he is supported by the two Jovanas:

“In addition, the Scandinavian Institute is known to be the best institute to study at because it is a small, well-organised piece of Scandinavia in an otherwise completely disorganised Serbia”, says Jovana Rankovic with a laugh.

“But it is much more interesting to be here in Denmark - we come here as often as we can. It’s my first visit to Odense, and I'm totally in love with the city's beautiful parks and the fact that you can get around by bike. And the university resembles a huge spaceship”, says an excited Jovana Pelic before the two groups of summer school students leave for the afternoon's cultural programme – a visit to the Hans Christian Andersen Museum and Hans Christian Andersen’s Childhood Home. 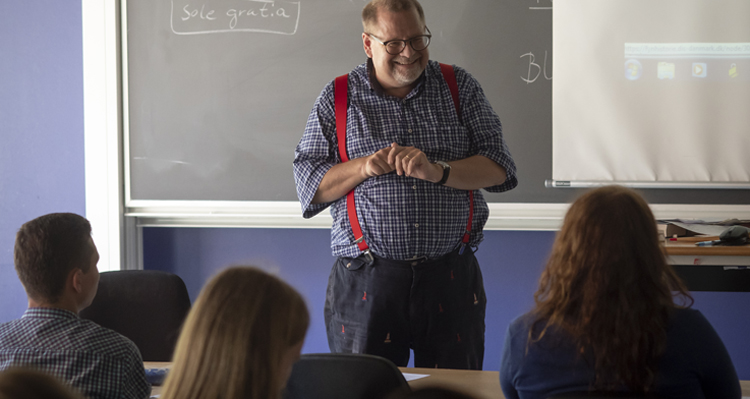 At SDU’s summer school, Associate Professor Dag Heede, Associate Professor Mogens Davidsen and a range of guest teachers from the humanities are responsible for the teaching, which combines language training for beginners and advanced students and examining Danish culture and literature – from the Nordic gods to Hans Christian Andersen, the Golden Age and Danish design through to the 1968 generation’s challenge to core family values.

For the beginner, it is hard work to get started with Danish, which is known to be one of the hardest languages to pronounce. And you suddenly understand the degree of difficulty when teaching Spanish, Japanese and French beginners amongst others includes such a difficult and completely common Danish word such as marmelade-madder(marmalade sandwiches).

But the four Japanese students at the summer school, Chisato Nishikawi, Aika Ishiyama, Ayaka Suzuki and Yuka Takatsuki, accept the challenges in a good mood. They are all very impressed by Denmark, Danish values and the international trend, hygge, and are very much in favour of everything Danish, from Hans Christian Andersen to pickled herring.

In the land of Hans Christian Andersen

In the afternoons and at weekends, the international students at the SDU summer school can experience Danish culture under their own steam, both in Odense and the rest of Denmark.

And at the museum, the enthusiasm of the Serbian students for Odense increases even further when they find information about their favourite fairy tale, "The Little Match Girl”, in Serbian.

The international students finished the summer school in Danish 31 August with both oral and written exams, before returning to their country of origin or continuing their studies at a Danish university. SDU’s summer school in Danish language, culture and literature has been selected to be part of the Cultural Agreements under the Ministry of Higher Education and Science. This is the first time that SDU has offered a summer school, and it is hoped that it will be possible to continue to teach international students Danish for many years to come.