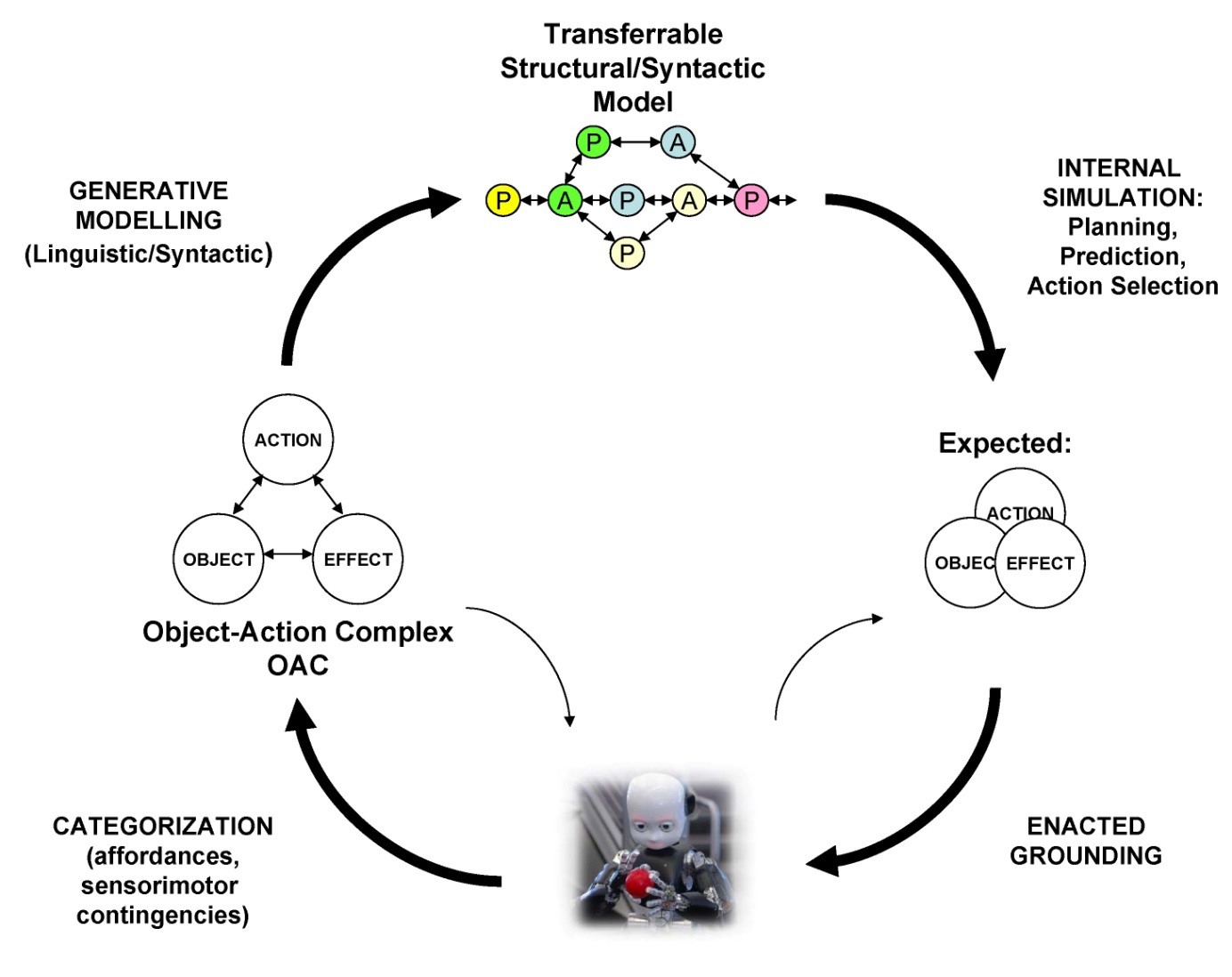 Current research in embodied cognition builds on the idea that physical interaction with and exploration of the world allows an agent to acquire intrinsically grounded, cognitive representations which are better adapted to guiding behavior than human crafted rules. Exploration and discriminative learning, however, are relatively slow processes. Humans are able to rapidly create new concepts and react to unanticipated situations using their experience. They use generative mechanisms, like imagining and internal simulation, based on prior knowledge to predict the immediate future. Such generative mechanisms increase both the bandwidth and speed of cognitive development, however, current artificial cognitive systems do not yet use generative mechanisms in this way.

The Xperience project addresses this problem by structural bootstrapping, an idea taken from language acquisition research: knowledge about grammar allows a child to infer the meaning of an unknown word from its grammatical role together with understood remainder of the sentence. Structural bootstrapping generalizes this idea for general cognitive learning: if you know the structure of a process the role of unknown actions and entities can be inferred from their location and use in the process. This approach will enable rapid generalization and allow agents to communicate effectively.

Xperience will implement a complete robot system for automating introspective, predictive, and interactive understanding of actions and dynamic situations based on structural bootstrapping. Xperience will evaluate and benchmark this on state-of-the-art humanoid robots demonstrating rich interactions with humans. By equipping embodied artificial agents with the means to exploit prior experience via generative inner models, XPERIENCE will have a major impact in a wide range of autonomous robotics applications that benefit from efficient learning through exploration, predictive reasoning and external guidance.