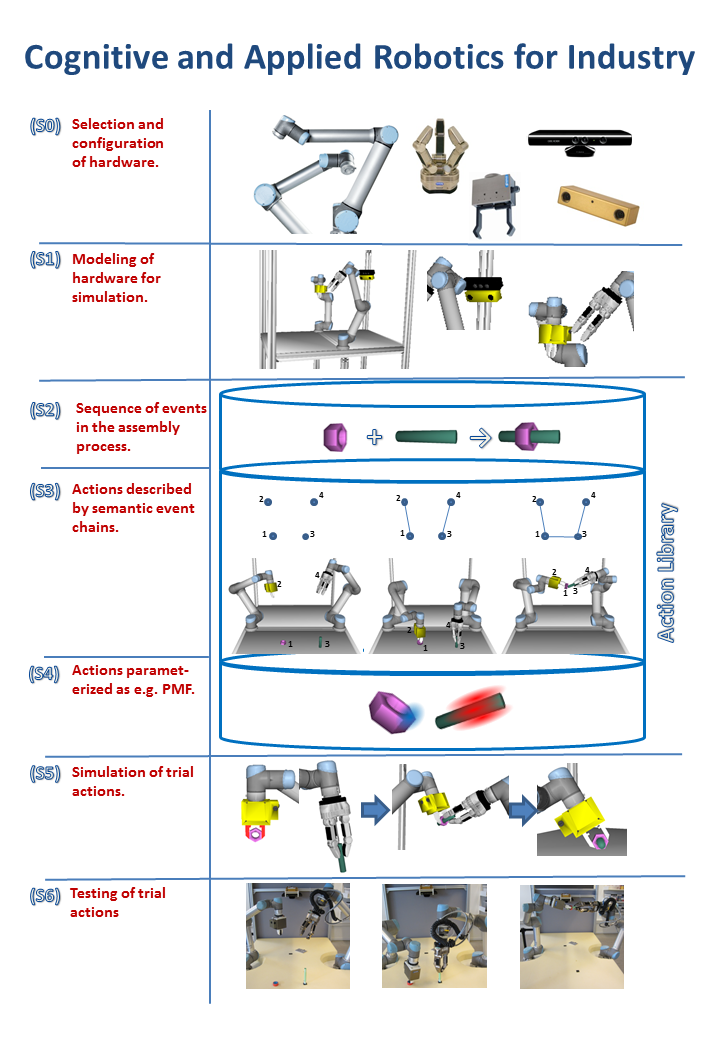 Conventionally the process of establishing a novel, automated production line relies on the experience of human engineers requiring undesirably long set-up times until a new system functions. The aim of CARMEN is to create a novel, automatic system that replaces such lengthy initialization periods thereby much improving efficiency, in particular for ‘few of a kind production’ in Denmark. This will be achieved by a modular framework, which allows for intelligent storage and utilization of large amounts of already existing robot-action experience extracted and modified by CARMEN from established industrial production processes.

To this end, CARMEN is based on real data from industry and develops a prototype modular robotic test bench for assembly (CARMEN platform) collecting standardized production data and using it to efficiently design new applications. By this, CARMEN will verify and benchmark its methods in real physical settings.

Success of CARMEN is assured by our own recent achievements in a number of European and national projects, where we have already illustrated that the proposed system works, albeit in much simpler contexts than those addressed here. The finally resulting modular process-experience automation will reduce development times for new applications and will substantially widen the range and number of industrial applications that can be automated using robots. This leads to strongly improved efficiency for (especially) ‘few of a kind production’ that will reduce outsourcing to countries with lower labor costs. Thus CARMEN’s ultimate impact will be to retain more small-batch production in Denmark (and Europe). In summary, the CARMEN system is a novel approach to more efficient flexible assembly automation using robots and will thus serve Danish industry to avoid outsourcing of production lines involving assembly.