In my research group, we work with organic synthesis. We make new drugs to develop the pharmaceuticals of the future. We determine the substances with spectroscopy and then test them as possible drugs with different methods in cooperation with other research groups both here and abroad.

The project we have been working on for the longest time is about producing synthetic DNA. The idea is to design short pieces of DNA that can bind to either RNA or DNA in the cells and at the same time survive degradation. This allows various diseases such as cancer in principle to be combated. We have developed several different chemical building blocks for synthetic DNA, including some who induces increased bonding by stacking hydrophobic groups on top of each other in the DNA double helix, and others that condensate the information by having two nucleobases on the same nucleoside building block. Finally, we also work to make a molecular engine out of DNA. This may be programmed in the future to affect processes in the cells.

In another project, we are working on the creation of new antibiotics. Bacteria resistant to the existing antibiotics are a major problem and there is a need for both new drugs and brand-new drug classes. We work primarily with a substance called pleuromutilin, which we attach to different side groups. These substances bind specifically to the bacteria ribosomes, which are the machines that make proteins in the cells, and particularly inhibit gram-positive bacteria including staphylococci. 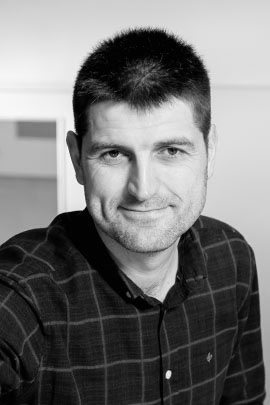