Harnessing the oxidising power of air

Researchers report the catalysis of a highly specific chemical reaction where oxygen from the air is one ingredient and the other, an organic molecule, is selectively "oxidised". A simple manganese compound catalyses this reaction. This type of methodology is an important step for the discovery of new catalysts for e.g. conversion of methane into methanol or greener chemical processes for pharmaceutical production.

Reactions with oxygen (O2) are often chaotic, unspecific and difficult to control. Think of how hard it is to control a fire, making sure that our cars don’t rust too fast and that our wine breathes for just the right amount of time. 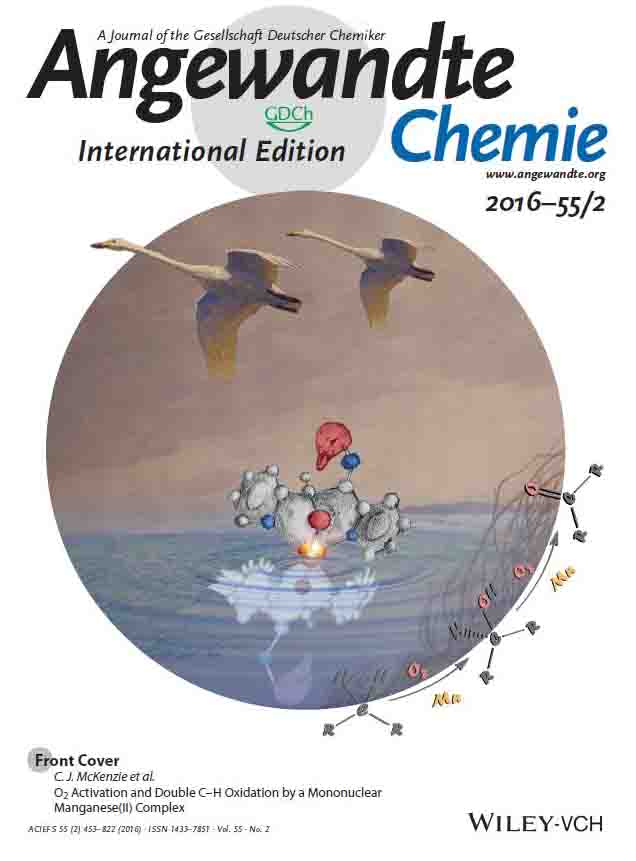 And what about the dangers in being an oxygen breathing animal: The free radicals that attack our bodies are derived from the oxygen in the air we breathe. We need oxygen – but it will kill us in the end.

Oxygen comprises 21 % of the gases in the air and many essential biogeochemical and industrial processes depend on it. However the way enzymes metabolize oxygen in biology can inspire us to use this resource far more efficiently.

Manipulating oxygen from the air

Professor Christine McKenzie and her group at the University of Southern Denmark work with the chemical manipulation of oxygen from the air. Now they have discovered a way to control the chemical reaction of an organic molecule with oxygen so that only one specific part of it is “oxidized”.

Dr Claire Deville has led the project. The work is published in the journal Angewandte Chemie and was evaluated as “highly important” by all the referees. Less than 10 % of the journal's manuscripts receive this evaluation.

Every day large amounts of natural methane gas are burned off at oil mining and fracking sites, and the burning can be seen as flares from outer space. In addition to severely exacerbating the greenhouse effect through the release of methane and its combustion product, CO2, a highly valuable source of chemical energy is wasted. “If the industry had a practical on-site way to convert this methane gas into liquid methanol it would be worth their while doing – then they would not have to burn off so much valuable energy-rich fuel”.

Manganese is the "magic ingredient"

Even though the researchers are surprised by how easily the “selective” reaction with oxygen from the air occurred, they are not surprised that manganese turned out to be the “magic ingredient”.

“Manganese is a metal, and from biology we know that metal ions like iron, copper and manganese are important for the essential biological processes using oxygen. For example, iron is needed for transporting oxygen in the human body. In contrast, crabs use copper for the same function. Thousands of other biological reactions involve these metal ions as cofactors for the enzymes responsible for metabolizing oxygen. Probably the most important reaction of all-photosynthesis-is dependent on manganese to catalyze the oxidation of water to produce the oxygen we breathe”.

Using O2 directly from the air…

… to selectively oxidise a C-H group stepwise to an alcohol and then a ketone. The substrate binds to dissolved manganese(II) and then undergoes the transformation under ambient conditions. Bis homoleptic complexes of the substrate/ligand at all stages of the catalytic oxidation are structurally characterized. This surprising stepwise transformation reminds us of The Ugly Duckling written by Hans Christian Andersen. The molecular ugly duck shows a central Mn(III) ion coordinated via the newly installed O2-derived alkoxide O atom of the ligand/substrate at his heart. The background is a painting by Johannes Larsen.

“We were working with the synthesis of a simple coordination complex of an organic molecule with manganese for a completely different purpose and were not expecting that oxygen atoms would appear in the product. By doing the reaction under isotopically labelled oxygen we could see these atoms came from oxygen in the air”, says Dr Deville.