Parrots are intelligent animals, but their abilities vary from species to species. A biologist from SDU has investigated how cunning the peach-fronted parakeet is when seeds are involved.

How clever is a peach-fronted parakeet?

A few years ago, Sara Oritz set out to answer this very question. The question was posed in relation to her master's thesis, which was written at the Department of Biology at SDU. The results have now been published in a scientific study.

Parrots are generally both clever and playful, and they have good communication skills. Some parrots can imitate songs and sounds, which helps them understand their surroundings. The peach-fronted parakeet is among the smaller parrot species, and Oritz and her research colleagues did not know whether the parakeet had the same level of intelligence and problem solving abilities as the slightly larger members of its species.

In order to find out, the researchers created a number of challenges in which a peach-fronted parakeet had to obtain food in the form of millet seeds. The parakeet lived at SDU in Odense where Oritz conducted her experiments with the little bird. 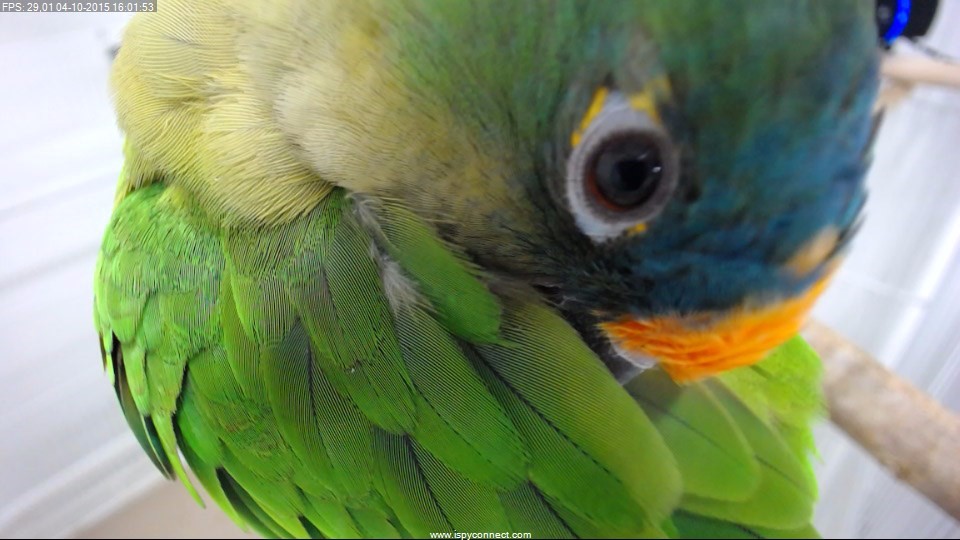 The researchers set up six different experiments which the little parrot had to carry out in order to obtain seeds. All of the experiments involved a string with a clump of millet seeds attached to the end, as well as a number of strings without any food attached. The parrot then had to identify the correct string to get to the seeds. 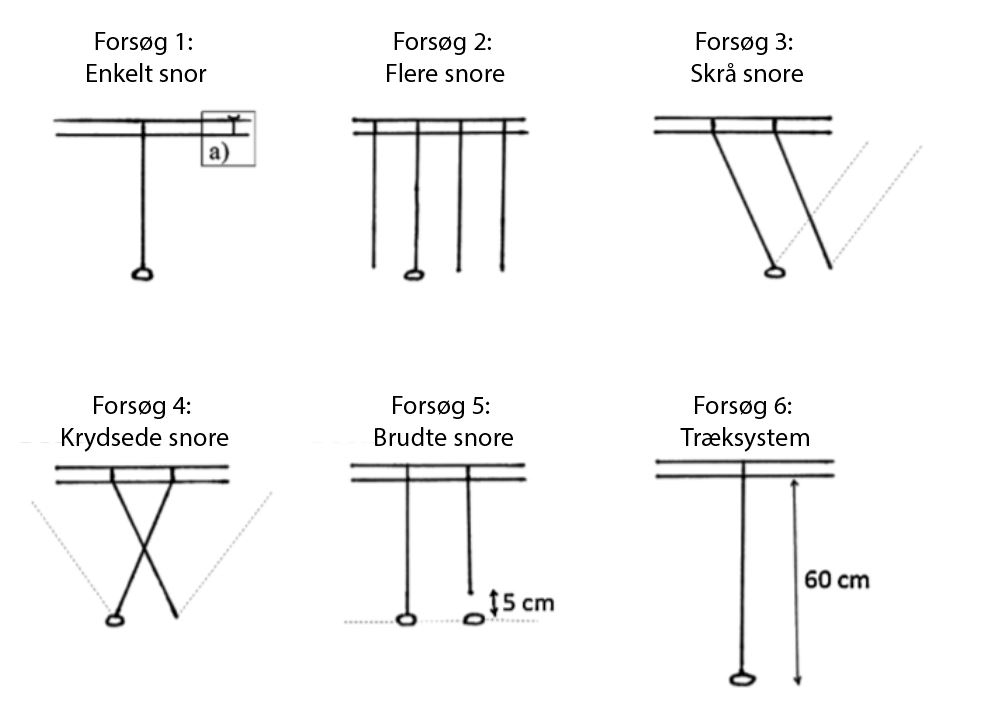 Figure 1: The six experiment set-ups. A clump of millet seeds is attached to the end of one string. The others are empty.

The researchers were particularly interested in whether the parrot would go directly to the right string and find the seeds or whether it would pull on the other strings first, for instance, those which were closest to it.

In the first experiment, the researchers checked that the parrot could pull the string and take the seeds out. This went smoothly. The parrot had no technical problems with pulling the string and eating the millet seeds. 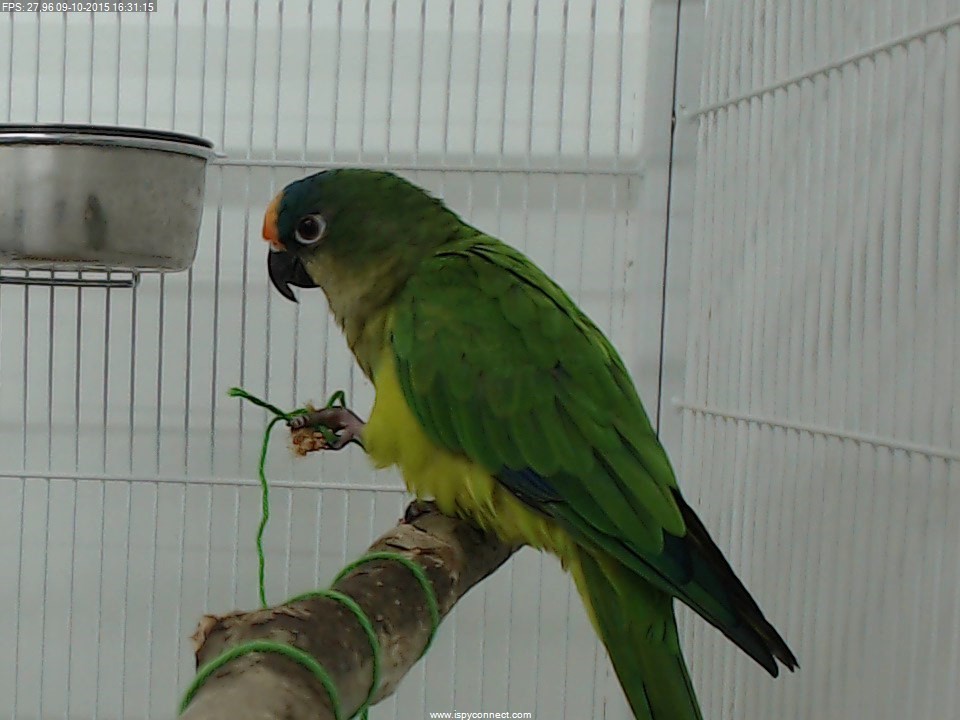 After this, the experiments became more complicated. In the second experiment, the parrot could choose between four strings of which three did not contain seeds. This task was also completed without problems, even though the seeds were not attached to the first string. Watch the experiment here. 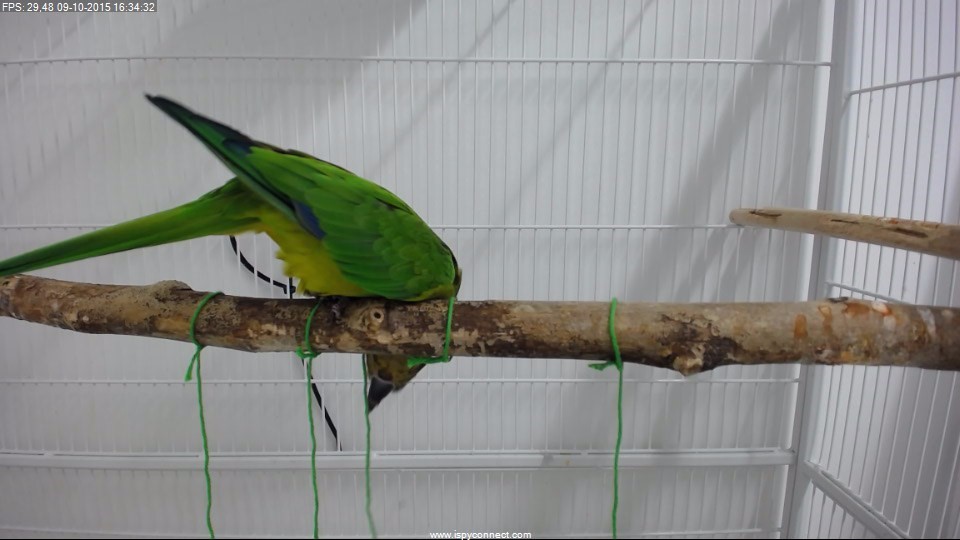 In the third experiment, the strings hung diagonally. This was accomplished using support lines which drew the strings to the side. In this way, the seeds appeared to be hanging under the 'wrong' string. This time, the parrot spent a couple of seconds thinking, and then went directly to the correct string. Watch the experiment in the video.

The parrot was thus able to follow the string with its eyes and in this way deduce where the food was instead of just assuming that the seeds were directly underneath. The same thing occurred in experiment four in which the strings were crossed.

Compliment to have a 'bird brain'

Experiments five and six were even more complicated. In these experiments, the little parrot first had to distinguish between a broken and a complete string, which it was able to do in spite of more difficult visibility. Watch the experiment here.

Finally, the  parrot had to use a 'pull system' to get to the seeds. Not only had it to pull on a particular string - it had to pull a string downwards over a second pole to get the seeds. This problem was also solved by the little bird. Watch the experiment here.

- Having a bird brain can no longer be taken as an insult. Parakeets and large parrots have demonstrated abilities that are comparable with chimpanzees. The peach-fronted parakeet was just as skilled as the smartest species of birds, and even more so in some tasks. And we're the first to test a parrot species using a pull system, concludes biologist Sara Oritz.

The study was published in BRILL on 2nd May 2019. Read the article.

All photographs are by Sara Oritz.