Supercomputers give impact to research

The supercomputer ABACUS resides at SDU. It is one of three national supercomputers in Denmark, and it is frequently used for research.

Danish e-infrastructure Cooperation (DeiC) have investigated the impact of scientific articles that describe discoveries and acknowledgements which have only been possible because a national supercomputer has been used. 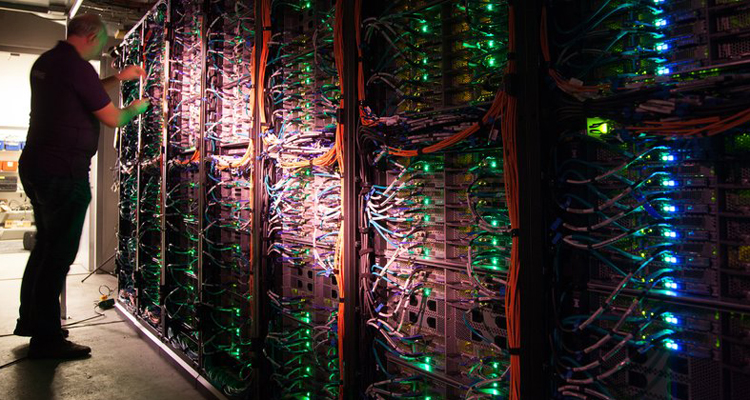 The supercomputer ABACUS resides at SDU.

Articles are often cited by other researchers

A very large number of the 290 articles have had great international impact. This is the conclusion of DeiC in an analysis, which you can read here.

Specifically, 85% of the articles have been published in a journal with a Journal Impact Factor (JIF) of more than 2.5. 45% had a JIF of more than 5.

Journal Impact Factor is an indicator of how frequently a research article is cited. The higher the JIF, the more often an article is cited and the more scientifically prestigious the article is considered to be. For instance, in a journal with a JIF of 4, an average of 4 out of 10 articles are cited.

Eight of the articles have been published in Nature, which has a JIF of 40.

DeiC's analysis also shows that the research articles are more frequently than average written by international research teams. This applies to 67% of the 290 articles. In comparison, this is only the case for 58.1% of all international co-publications with Danish involvement.

A large number of the 290 articles are on scientific and health science research. 34% are on biological research, while around a quarter are on medical research.

In addition to ABACUS at SDU, there are also the national supercomputers Computerome at DTU and the National Cultural Heritage Cluster at the Royal Danish Library.