Are quarks born free or in chains? 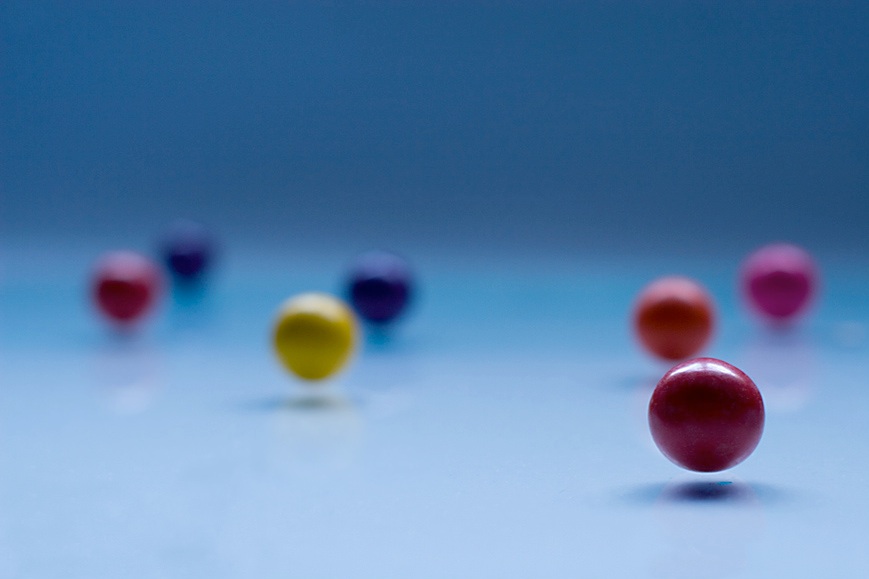 According to the current view of fundamental interactions, quarks are born free, but everywhere they are in chains[1]. This was, in fact, one of the apparent experimental paradoxes that David Gross and Frank Wilczek[2], and independently H. David Politzer[3],  explained via their discovery of asymptotic freedom. Because of this fundamental discovery they were awarded the 2004 Nobel prize in physics[4]. The theory that currently describes how quarks interact is known as Quantum Chromodynamics, or QCD for short.

According to asymptotic freedom quarks do not feel each other when they are very close together, but if one tries to isolate them, one finds that it is impossible.

However experiments have not yet explored what happens at tiny distances among quarks. A logical possibility is that at very short distances quarks are chained again and therefore quarks might not be born free after all. At some intermediate distances (the ones explored at the LHC) the chains loosen to then grow strong again when trying to isolate the quarks. One of the great successes of asymptotic freedom is that it is mathematically consistent and predictive even at the smallest distances imaginable. Therefore, this new possibility is only worth considering if it displays the same level of consistency and predictivity.

The recent work by Litim and Sannino[5] demonstrates that it is possible to have theories where quark-like particles are born in chains and remain in chains at large distances, while are quasi-free at some intermediate distances. This alternative paradigm is known as asymptotic safety[6].  Sannino[7] has further put forward the idea that the true nature of quark interactions could be described by such a theory, and thus that the quarks themselves are safe rather than free. The conjectured alternative Safe Quantum Chromodynamics (Safe QCD) scenario needs further theoretical work. Experimental testing of the asymptotically free scenario at shorter distances than the ones explored today is crucial to disentangle the true fundamental nature of strong interactions. If, for example, the Safe QCD scenario were true it would have profound consequences on our understanding of fundamental interactions and potentially on the early Universe, since the primordial quark plasma formed immediately after the Big Bang would also be in chains.

[6] Originally asymptotic safety was introduced by Steven Weinberg in an attempt to consistently quantise gravity.