Endocrine disruptors are not the only worrying chemicals that ordinary consumers are exposed to in everyday life. Also nanoparticles of silver, found in e.g. dietary supplements, cosmetics and food packaging, now worry scientists. A new study from the University of Southern Denmark shows that nano-silver can penetrate our cells and cause damage. 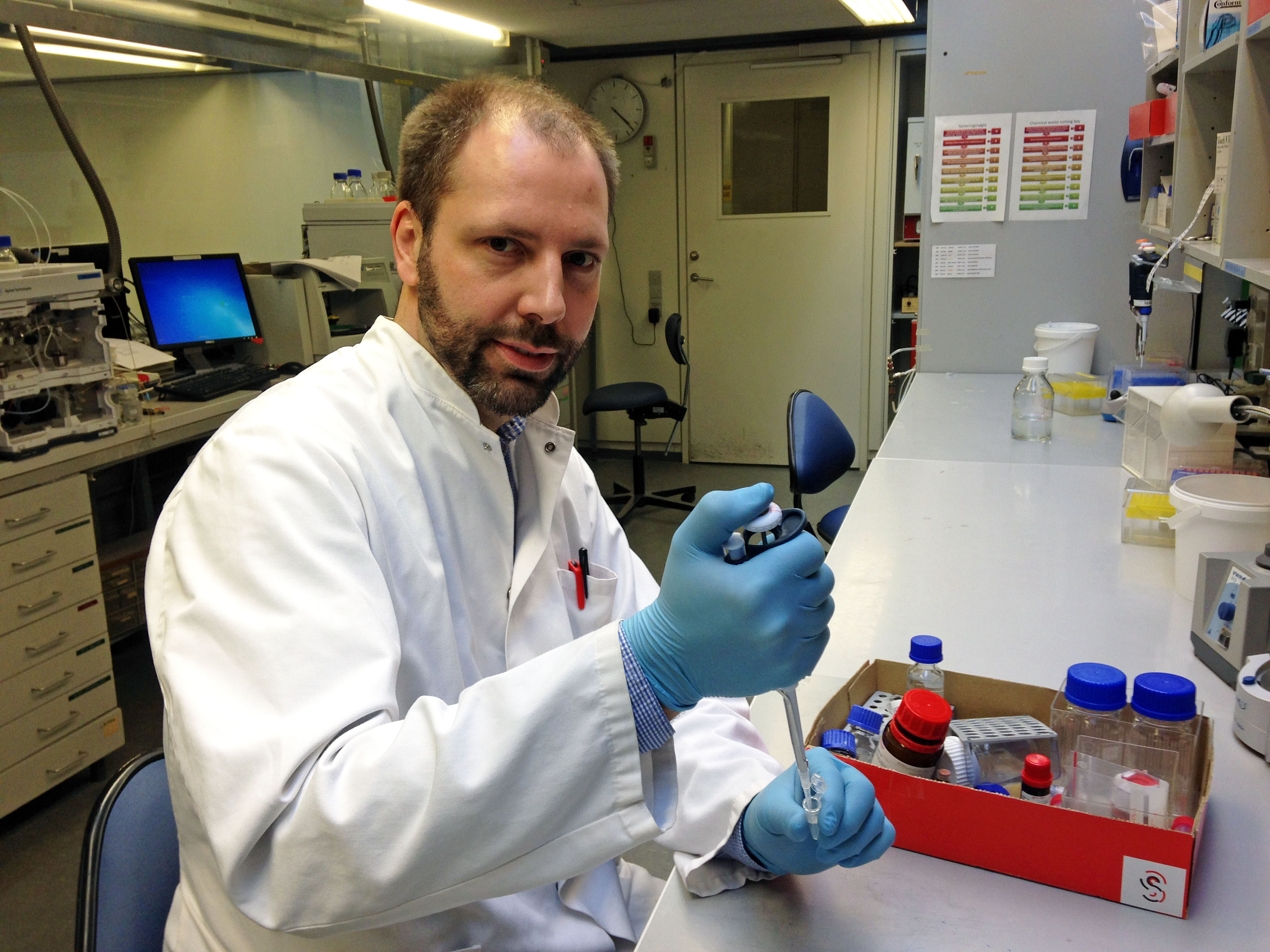 "Silver as a metal does not pose any danger, but when you break it down to nano-sizes, the particles become small enough to penetrate a cell wall. If nano-silver enters a human cell, it can cause changes in the cell", explain Associate Professor Frank Kjeldsen and PhD Thiago Verano-Braga, Department of Biochemistry and Molecular Biology at the University of Southern Denmark.

Together with their research colleagues they have just published the results of a study of such cell damages in the journal ACS Nano.

The researchers examined human intestinal cells, as they consider these to be most likely to come into contact with nano-silver, ingested with food.

"We can confirm that nano-silver leads to the formation of harmful, so called free radicals in cells. We can also see that there are changes in the form and amount of proteins. This worries us”, say Frank Kjeldsen and Thiago Verano-Braga.

A large number of serious diseases are characterized by the fact that there is an overproduction of free radicals in cells. This applies to cancer and neurological diseases such as Alzheimer's and Parkinson's.

Kjeldsen and Verano-Braga emphasizes that their research is conducted on human cells in a laboratory, not based on living people. They also point out that they do not know how large a dose of nano-silver, a person must be exposed to for the emergence of cellular changes.

"We don’t know how much is needed, so we cannot conclude that nano-silver can make you sick. But we can say that we must be very cautious and worried when we see an overproduction of free radicals in human cells", they say.

In the wake of the SDU research, the Danish Veterinary and Food Administration now warns against taking dietary supplements with nano-silver.

“The recent research strongly suggests that it can be dangerous", says Søren Langkilde from the Danish Veterinary and Food Administration to the Danish Broadcasting Corporation (DR).