Forbes: Engineers from SDU among the greatest young talents in Europe

Forbes Magazine has proclaimed engineers from SDU and founders of Particle3D as being among the most promising talents in Europe. Their company 3D prints bones in a material nearly identical to natural bones.

- I'm very pleased and proud. I hadn't even dreamed of getting on the list. I'd actually fogotten all about it! So it came as a huge surprise. I've now promised to buy the other two some cake to celebrate.

So says Martin Bonde Jensen after seeing his name and picture published in the American business magazine Forbes' list of the 30 most promising talents in Europe under 30 years old in the category "30 under 30", Science and Healthcare.

The two others Martin Bonde Jensen is referring to are Casper Slots, also an engineer from SDU, and Associate Professor Morten Østergaard Andersen from SDU Biotechnology. Together, they set up the company Particle3D in 2017.

- They've both turned 30 already, but I'm only 28 so that's why it's just me on the list, laughs Martin Bonde Jensen. 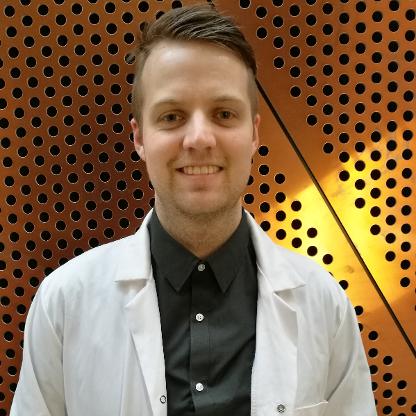 Together, they have developed an artificial bone material that resembles the body's own bones. Experiments with mice have shown that the body accepts the artificial bones and also forms marrow in them.

Over time, the artificial bones are even supplanted by the body's own bone and eventually disappear. The artificial bones also have the advantage that they can be 3D printed so that surgeons can make implants that are a perfect match to the individual patient.

- We hope that the publicity we get from appearing in a prestigious American business magazine like Forbes will bring international attention to our research and business. We are working closely with a jaw surgeon from OUH on development of the bone material, but it would be great to have international contacts as well, says Martin Bonde Jensen.

The idea for Particle3D began as a Bachelor project in which the two engineering students from Welfare Technology were given a task by jaw surgeon Torben H. Thygesen from OUH.

The task was to invent an artificial bone material that could be used by a 3D printer, that is strong, that the body accepts and that disappears over time.

- What comes out of the printer is actually clay. Human bones are mostly made up of clay, and we mix together a powder, which is mainly calcium phosphate, with fat so that the consistency is completely correct, says Associate Professor Morten Østergaard Andersen, who was the supervisor for the Bachelor project.