José Manuel Aburto researches long-term consequences of inequality in the health and mortality of the global population, including those related to the COVID-19 pandemic. It was announced today that he is the recipient of the Silver Medal of the Royal Danish Academy of Sciences and Letters for his work.

The Royal Academy appreciates and rewards José Manuel’s valuable contribution to the study of long-term global consequences of structural shocks, such as increased violence, and, most recently, the COVID-19 pandemic, and how these affect inequality in health and mortality. His research gives us crucial insights into the long-term global consequences of these phenomena.

— I am deeply honored to receive The Royal Academy’s Silver Medal, says José Manuel Aburto about the award, which will be presented at a members' meeting of The Royal Academy on 27 October.

— A large part of my professional development and research has taken place Denmark, and I am deeply grateful to my supervisors, colleagues, and family, who have supported me in all my projects. This recognition also goes to them to a large extent.

The Royal Academy’s Silver Medal comes with a grant of DKK 100,000. José Manuel intends to use it to continue developing demographic models that help us understand the long-term consequences of the COVID-19 pandemic in low- and middle-income countries. The money will also be used to strengthen a collaboration of networks between younger researchers from Latin America and Africa.

The assessment committee, which is behind the decision to award José Manuel Aburto the Silver Medal, has, among other things, highlighted the breadth of his work:

— His research has reached an important audience outside the world of research, including political decision-makers, just as it has also reached the wider public.

Multidisciplinary approach to a global challenge

José Manuel Aburto's research is also highly interdisciplinary, for example, through the use of methods from the fields of computer science and statistics, which are some of the examples mentioned by the assessment committee. According to Aburto, the interdisciplinary approach and processing of data is absolutely essential in his work:

— We collaborate with epidemiologists, biologists, sociologists, and other social science researchers. Throughout my career, I have been able to approach problems from very different perspectives, and this is thanks to the interdisciplinary nature of my subject [...] But with the many conflicts that are on a world level, I would also think that this is a topic that deserves increased attention from an interdisciplinary perspective, he concludes.

About the Silver Medal of the The Royal Danish Academy 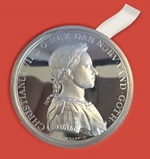 The Royal Danish Academy Silver Medal is awarded once a year to a researcher in Denmark under the age of 40 for a particularly significant thesis or overall scientific effort that has been published within the last five years. Every other year the prize goes to a humanities researcher, every other year to a natural science researcher. The Silver Medal comes with a grant of DKK 100,000, which must be used for the recipient's research.

The assessment committee behind the awarding of the Society of Science's Silver Medal 2022 has consisted of Morten Bennedsen, Morten Rievers Heiberg, Knud Haakonssen, Karen Fog Olwig and Karen Skovgaard-Petersen.

José Manuel is an Assistant Professor at the Interdisciplinary Centre on Population Dynamics. His research focuses on the development of methodology to understand how populations and individuals survive to higher ages.