It is well established that structural strategies are effective instruments for the prevention of smoking and for reducing exposure to SHS. Due to the population-based focus and legislative nature, these initiatives have the potential to affect a large number of individuals with a minimal cost and are must therefore be considered as essential to improve national tobacco control. Worldwide, as well as in Denmark, comprehensive legislations with the purpose of reducing smoking prevalence and protecting nonsmokers against the hazards of passive smoking have been introduced. However, the scope of such legislation differs greatly. In 2007, Denmark introduced a national smoking ban, prohibiting all indoor smoking at workplaces, schools, educational institutions, other public institutions and restaurants, although specific exceptions were made. However, little is known about the impact of this national legislation over time on population smoking behavior and smoking related morbidity and mortality in the Danish population.

The project will be designed as a natural experiment in which the entire Danish population constitutes the study population. Interrupted time series analysis will be performed to quantify any temporal changes in population smoking behavior and smoking related morbidity and mortality pre- and post the introduction of the national smoking ban in 2007.

Data will be retrieved from different data sources, though primarily from population-based registers in Denmark; the National Patient Register, the Danish Civil Registration System, the Danish Register of Causes of Death and various sociodemographic registers.

This PhD project will run from 2016-2019. Results will be presented as they are published during the project period.

This project is funded by a grant from TrygFonden. 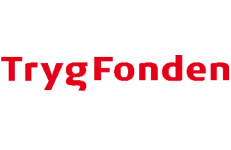