Jørgen Ellegaard Andersen and collaborators archives a 105-pages paper entitled: “On the Kontsevich geometry of the combinatorial Teichmüller space”

Professor, Centre Director and D-IAS Chair  Jørgen Ellegaard Andersen has together with a group of collaborators from MPIM Bonn, G. Borot, S. Charbonnier, A. Giacchetto, D. Lewanski (also affiliated with IPhT-Saclay and IHES) and C. Wheeler published new research on arXiv entitled “On the Kontsevich geometry of the combinatorial Teichmüller space”.

They prove that these coordinates form an atlas with piecewise linear transition functions, and constitute global Darboux coordinates for the Kontsevich symplectic structure on top-dimensional cells. They then set up the geometric recursion in the sense of Andersen-Borot-Orantin adapted to the combinatorial setting, which naturally produces mapping class group invariant functions on the combinatorial Teichmüller spaces. They establish a combinatorial analogue of the Mirzakhani-McShane identity fitting this framework.

As applications, they obtain geometric proofs of Witten conjecture/Kontsevich theorem (Virasoro constraints for ψ-classes intersections) and of Norbury's topological recursion for the lattice point count in the combinatorial moduli spaces. These proofs arise now as part of a unified theory and proceed in perfect parallel to Mirzakhani's proof of topological recursion for the Weil-Petersson volumes. They move on to the study of the spine construction and the associated rescaling flow on the Teichmüller space. They strengthen former results of Mondello and Do on the convergence of this flow.

To conclude, they provide further applications to the enumerative geometry of multicurves, Masur-Veech volumes and measured foliations in the combinatorial setting. 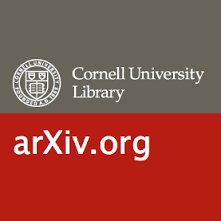