Madan did his PhD at the MRC-LMB (2004), post-doctoral research at the NIH (2006) and started his research group at the MRC-LMB in 2006. He moved from Cambridge, UK to St Jude Children's Research Hospital, USA, in 2020. He has published over 150 papers, reviews and chapters (h-index: 65) in different disciplines of biology and has received national and international recognition from learned societies such as the Balfour Award from the Genetics Society, Colworth Medal from the Biochemical Society, Young Investigator award from EMBO, Innovator Award from the International Society of Computational Biology, UK Blavatnik Award for Life Sciences, Francis Crick Medal from the Royal Society and the EMBO Gold Medal. He is an elected member of EMBO (2016) and a Fellow of the Royal Society of Chemistry (2017). Madan is also an Executive Editor at Nucleic Acids Research and the Chief Editor of Molecular Systems Biology. 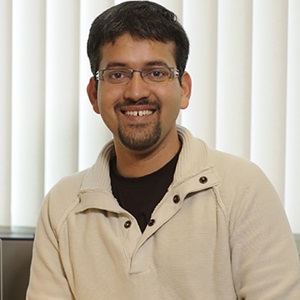