Come join us when Dr. Darío G. Lupiáñez visits ATLAS / Functional Genomics & Metabolism to give a lecture on Structural variation in the 3D genomic area: Implications for disease and evolution. 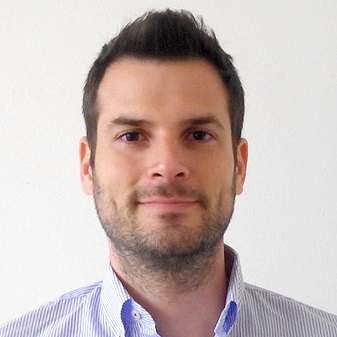 Title of the talk:

Structural Variation in the 3D Genomic Era: Implications for Disease and Evolution

The three-dimensional (3D) folding of chromatin is critical to accommodate the roughly two meters of DNA within the nucleus of a eukaryotic cell. On a large scale, chromosomes display a non-random nuclear organization, highly influenced by their gene density and transcriptional status. At sub-chromosomal resolution, the spatial organization of chromatin brings distant genomic sites into close proximity. At this level, topologically associating domains (TADs) emerge as a fundamental structural unit that guides regulatory elements to their cognate promoters, to induce transcription (Lupiáñez et al., 2016).

Structural and quantitative chromosomal rearrangements, collectively referred to as Structural Variation (SV), contribute to a large extent to the genetic diversity of the human genome and thus are of high relevance for cancer, rare diseases and evolutionary genetics. Recent studies have shown that SVs can not only affect gene dosage but also modulate basic mechanisms of gene regulation (Lupiáñez et al., 2015; Franke et al., 2016; Will et al., 2017; Bianco et al., 2018; Kragesteen et al., 2018). SVs can alter the copy number of regulatory elements or modify the 3D genome by disrupting higher-order chromatin organization such as TADs. As a result of these position effects, SVs can influence the expression of genes distant from the breakpoints, thus causing the appearance of certain pathogenic phenotypes or evolutionary traits. Therefore, the impact of SVs on the 3D genome and on gene expression regulation has to be considered when interpreting the phenotypical consequences of these variant types (Spielmann et al., 2018).

In this talk, PI Darío G. Lupiánes will show examples at different genomic loci, highlighting the potential of SVs to induce developmental disease by distinct pathomechanisms. Furthermore, he will discuss about the iberian mole Talpa occidentalis, a unique case of true XX mammalian hermaphroditism, and a prominent example of how SVs can also be a force of evolutionary innovation.