Blagoy Blagoev is Professor at Department of Biochemistry and Molecular Biology, University of Southern Denmark. He received M.Sc. degree in Cellular and Developmental Biology from Sofia University, Bulgaria, in 1996. In 1999, he joined the group of Prof. Dr. Matthias Mann in University of Southern Denmark (former Odense University) and under his supervision obtained Ph.D. in Biochemistry and Molecular Biology in 2003. He became an associate professor in 2007 and since 2014, holds a full professor position. In recognition of his quantitative proteomics research on the regulation and dynamics of signaling networks, he has received several major grants and prestigious awards including the Biotechnology Award for Young Researchers from the Danish Biotechnological Society (2007), the Research Prize for Young Scientists from the Lundbeck Foundation (2008), the Young Elite Researcher Prize from the Danish Ministry of Science (2009) and a Junior Group Leader Fellowship from the Lundbeck Foundation (2010). Blagoy Blagoev is a member of the Danish Diabetes Academy, the Danish Proteomics Society (DAPSOC), the American Society for Biochemistry and Molecular Biology (ASBMB), and a Fellow of the Royal Society of Chemistry UK. 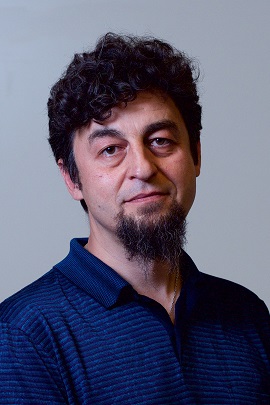