In recent years, a cluster of related words – precarity, precariousness, precariat – have been repeatedly evoked to describe contemporary experience. Environmental catastrophe, the retreat of the welfare state, the rise of temporary and insecure work, housing crises, and the vulnerability inherent in living with others have all been associated with some notion of precarity or precariousness in the recent and varied work of theorists including Judith Butler, Guy Standing, Isabell Lorey, Anna Lowenhaupt Tsing, and Lauren Berlant. ‘The Precariat in Art and Culture’, a workshop at the University of Southern Denmark hosted by the Niels Bohr Professorship Group ‘The Uses of Literature’, brought scholars from a range of international contexts together to ask new questions about the place of the literary and cultural sphere in discussions of precarity today.

The workshop, which I organized with Peter Simonsen, facilitated discussion across national boundaries. Participants from Denmark, Belgium, Sweden, Norway, the UK, and the US gave presentations and contributed to collegiate and expansive conversations across the two days of the event, and the various texts we discussed – from the US blockbuster La La Land (2016) to contemporary experimental Danish writing, from climate fiction to nineteenth-century socialist novels – illuminated each other in enlightening and surprising ways. One of the threads of dialogue that productively connected many of the discussions concerned affect, emotion and feeling. Kristina Leganger Iversen (University of Oslo) subtly explored the representation of tears as – generally ineffective – pleas for help to the welfare state in recent Norwegian writing, while Mathies Græsborg Aarhus (SDU) imaginatively showed how class feelings, especially class anxiety, feature in James Kelman’s You Have to Be Careful in the Land of the Free (2004).

The urgent, underlying question which all the presentations, in one way or another, grappled with, was: what can literature do? Experiences of vulnerability and fear seem pervasive across multiple areas of society; can literary texts be useful to readers in this context – and, if so, how? An intriguing possible answer to this question was provided in presentations by Liam Connell (University of Brighton), Åsa Arping (University of Gothenburg) and Camilla Schwartz (SDU). Their papers considered the possible uses of ostensibly ‘bad’ or ‘negative’ affective experiences when they are mediated by literary texts. Connell recounted the intense anxiety of reading Matt Thorne’s Eight Minutes Idle (1999), Arping explored the passivity and cynicism of the protagonist in Just nu är jag här (2017) by Isabele Ståhl, while Schwartz focused on protagonists’ fetishization of members of precarious classes in Theis Ørntoft’s Solar (2018) and Christina Hagen’s Jungle (2017). For Schwartz, Connell and Arping, there is something about experiencing negative affects while reading that can, in the context of twenty-first century precarity, be potentially transformative, especially in producing enlivening alternatives to conventional activist discourses or disturbing the liberal pieties and attitudes of political correctness that sound good but leave structures of exclusion unaltered.

Across the workshop, time was a major theme. Participants were more or less united by the claim that vulnerability and insecure labour can hardly be described as new conditions; instead, they have long histories. Alissa Karl (SUNY Brockport) argued convincingly that capitalism always produces precarity, so we need to turn away from hard periodizing gestures, such as the industrialism/post-industrial distinction, and practice observing the structural affinities between historically distant moments. Through a reading of anachronism in Ali Smith’s work, she showed that this is something that literary writing can help us with. Jon Helt Haarder (SDU), focusing on texts dealing with social housing in Denmark, also suggested that the connections obscured in dominant discourses are revealed through cultural texts. Often portrayed as if they are external to mainstream or ‘ordinary’ Danish society, social housing estates can in fact not be understood without an awareness of the historical processes of ghettoization, stigmatization and exclusion which are integral to the ‘mainstream’ social order.

Michiel Rys (Leuven) and Bryan Yazell (SDU) similarly focused on the complex relationship between past, present and future, and emphasized the significance of questions of temporality to an understanding of precariousness. Rys directed our attention to German socialist novels of the 1860s, showing that the texts are important on a meta level today: reading them, we can see writers grappling with representational strategies which work to stimulate political action in precarious conditions. Yazell showed that Claire Vaye Watkins’ work of speculative fiction, Gold Fame Citrus (2015), deals with the precarious future of climate change by borrowing heavily from images and tropes associated with past situations of insecurity. Though this familiarity can be a problem, the novel’s self-consciousness about the limitations of backward-looking typological thinking invites readers to imagine new and more precise forms of representation.

Meanwhile, Walt Hunter (Clemson University) returned us to the present moment. He explored the suggestive connections between the ‘now’ of contemporary poetry and the temporal alienations of precarity. If precarity is a frozen present, the immediacy of the poetic utterance might offer a way to deal with precarious time without recourse to futile fantasies of complete security. In a related way, my own paper sought to think about the connections between literary form and temporality in precariousness, arguing that the prominence of retrospection and anticipation in novels can reconfigure the nostalgia for an imagined past which sometimes characterizes contemporary precarious experience.

The workshop therefore provided an important opportunity to gather researchers working on precarity in different contexts. What emerged was a sense of the increasing theoretical sophistication of approaches to the topic, and the diversity of the literary writing that is engaging with it. New areas of future investigation, and new questions have become apparent too, most pressingly, perhaps, the methodological challenge of accounting for the way texts work with, to and through readers in precarious times. Having established such an interesting and thought-provoking discussion over the two days of the workshop, we plan to address such questions, continue the conversation and find forums for ongoing international exchange on precarity, art and culture in the coming months and years. 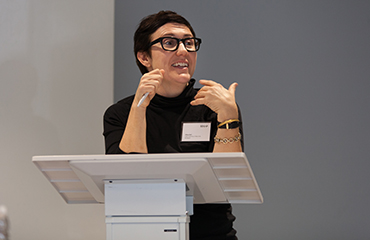