Summary from the conference "New Approaches to Bob Dylan", 4-5 October 2018

It has been roughly two years since the Swedish Academy announced its decision to confer the Nobel for Literature on Dylan. That decision rekindled ancient debates, regarding an army of distinctions which the award appeared to defy: text versus performance, “high” versus “popular,” the poet versus the singer. On the matter of Dylan’s Nobel, if not on the Swedish Academy, some dust has settled since 2016. But the questions raised then continue to afford us an opportunity, for reimagining Bob Dylan as a social phenomenon, and perhaps for reimagining the dynamic interactive potential of literary art in other contemporary settings. In connection with Syddansk Universitet’s Niels Bohr Professorship group “The Uses of Literature,” Professor Anne-Marie Mai and I were recently able to convene “New Approaches to Bob Dylan,” a conference which brought experts from France, Norway, Finland, Ireland, the UK, the US, and throughout Denmark to SDU’s studenterhus in Odense. Over two busy days, in a well-attended public venue, we compared a variety of new methods for understanding Dylan’s art and impact.

There is a distinguished history of scholarly work on Dylan. Textual scholars focus on Dylan’s lyrics, parsing out their verbal artistry and identifying their numerous and far-flung sources. Historians and biographers try to clarify the details of Dylan’s life, and the chronologies that link him with other notable figures and movements. Social scientists, meanwhile, have focused on the cultures inspired by Dylan, the institutions and communities of fandom and appreciation which surround him. Our goal in this event was to break down the disciplinary silos that have kept these lines of work so separate, to think about how lyrics, performances, personal history, and mass movements all coincide and shape one another. Our first keynote speaker, the journalist and music critic Michael Gray, spoke eloquently about how the 1960s Dylan drew on, and then reshaped, both the conventions of popular music production and the cultures of fandom and musical connoisseurship. David Gaines (Southwestern) explored the interactive quality of Dylan’s reception, suggesting that the most “literary” moments in his work do not separate him from popular culture, but in fact provoke and involve his most zealous admirers. In another keynote, Gisle Selnes (Bergen) considered the generational politics of Dylan’s Nobel, rejecting claims that the award was plausible only to baby-boomers and making a case for Dylan’s relevance to listeners of all ages.

These three speakers were all concerned with the relationship between Dylan’s work and his publics, and the political implications of that relationship were taken up by a number of participants. Robert Reginio (Alfred) argued that the pull of Dylan’s songs is inextricably linked with the question of empathy (or its refusal) for the songs’ subjects. Nina Goss (Fordham) suggested that Dylan’s work affords a crucial insight in the historical condition of precarity – a condition Goss sees as a neither-nor between autonomy and community. Rachela Permenter (Slippery Rock) contended the heart of the Dylan corpus is a disruption of chronology, a way of making the past – and especially, past atrocity – urgently present.

This way of playing with time was another theme. Ludovic Foster (Sussex) showed how a pattern of lyrical and performative references to queerness in Dylan’s work line up with an orientation towards the future, and a sense of selfhood which is never stable or finished being achieved. Flemming Andersen (SDU), meanwhile, explored Dylan’s many borrowings from the rich tradition of British folk ballads, showing how Dylan has enlivened and continued this tradition in a way markedly different from the folklorist’s frequent insistence on preservation and authenticity. Sean Latham (Tulsa) spoke about the exciting and extensive archival collections of the Institute for Bob Dylan Studies, and the ways in which archival scholarship can shift familiar stories about Dylan, the folk scene, and the press. In May 2019, the Institute will host its own exciting conference, on “The World of Bob Dylan.”

Other participants showed how a full sense of Dylan’s artistry requires an expanded sense of the media through which he works. Jonathan Hodgers (Trinity College) offered a nuanced reading of Dylan’s use of recording technology and studio space, suggesting a style of performative “liveness” through which the recordings draw listeners in. John Hay (UNLV) focused on Dylan’s Theme Time Radio Hour, a mix of performance, musical curation, and citational poetics (the disco-jockey’s practice of “sampling” works literally and metaphorically here) which – and here Hay resonates with other speakers – makes it hard to separate past and present, or artist and artifact.

Given the conference’s emphasis on the interactive, it was only appropriate we try some of it ourselves. I had the pleasure of moderating two discussion panels, which tried to connect speakers and audience members in open discussion. The first of these dealt with the relationships between Dylan, who so often takes prophetic stances or reworks scripture, and actual religious communities, many of which have embraced, and also transformed, aspects of his career. Mark Hulsether (Tennessee), previewing an upcoming book, discussed the ways different denominational groups have gone about interpreting Dylan’s lyrics, and how these interpretations coincide with their own ways of using and relating to popular music. Andreas Häger (Åbo Akademi) introduced us to the fascinating phenomenon of the Dylan Mass, where congregations perform Dylan songs as part of services of worship. Our second panel dealt with Dylan’s interaction with the histories of the Americas. Jim O’Brien (Solent) illustrated Dylan’s politically pressing explorations of the colonial history of Hispanophone America. The Copenhagen-based writer and critic Neal Ashley Conrad Thing discussed resonances between Dylan and Bruce Springsteen, comparing them as lyrical storytellers. And Freddy Dominguez (Arkansas) considered Dylan’s practice as historian (as well as whether it is useful to call him that), in a discussion of Dylan’s habit of restaging figures and tropes from throughout US history.

The conference was itself something of a multimedia event, featuring electronic contributions by Horace Engdahl and Stephen Greenblatt, and a musical performance by the Copenhagen guitar luminary and sometime Dylan bandmate Billy Cross. We concluded with a keynote jointly delivered by Rita Felski (Virginia) and my co-organizer, Anne-Marie Mai (SDU). This presentation centered on attunement, the fortunate coincidence whereby the qualities of a work of art resonate with the attitude, outlook, or emotional state of a listener, allowing appreciation, even love. The term is, they suggested, not just crucial to why people enjoy Dylan, but also to his own work process. Professor Mai has just finished a book on Dylan, and before that championed him to the Academy for years. This event built on her work and that of others, and offered us all an exciting chance to look at Dylan’s work, persona, and reception as parts of one, continually shifting and unfolding process. We think this might be a good way to look at other poets too. 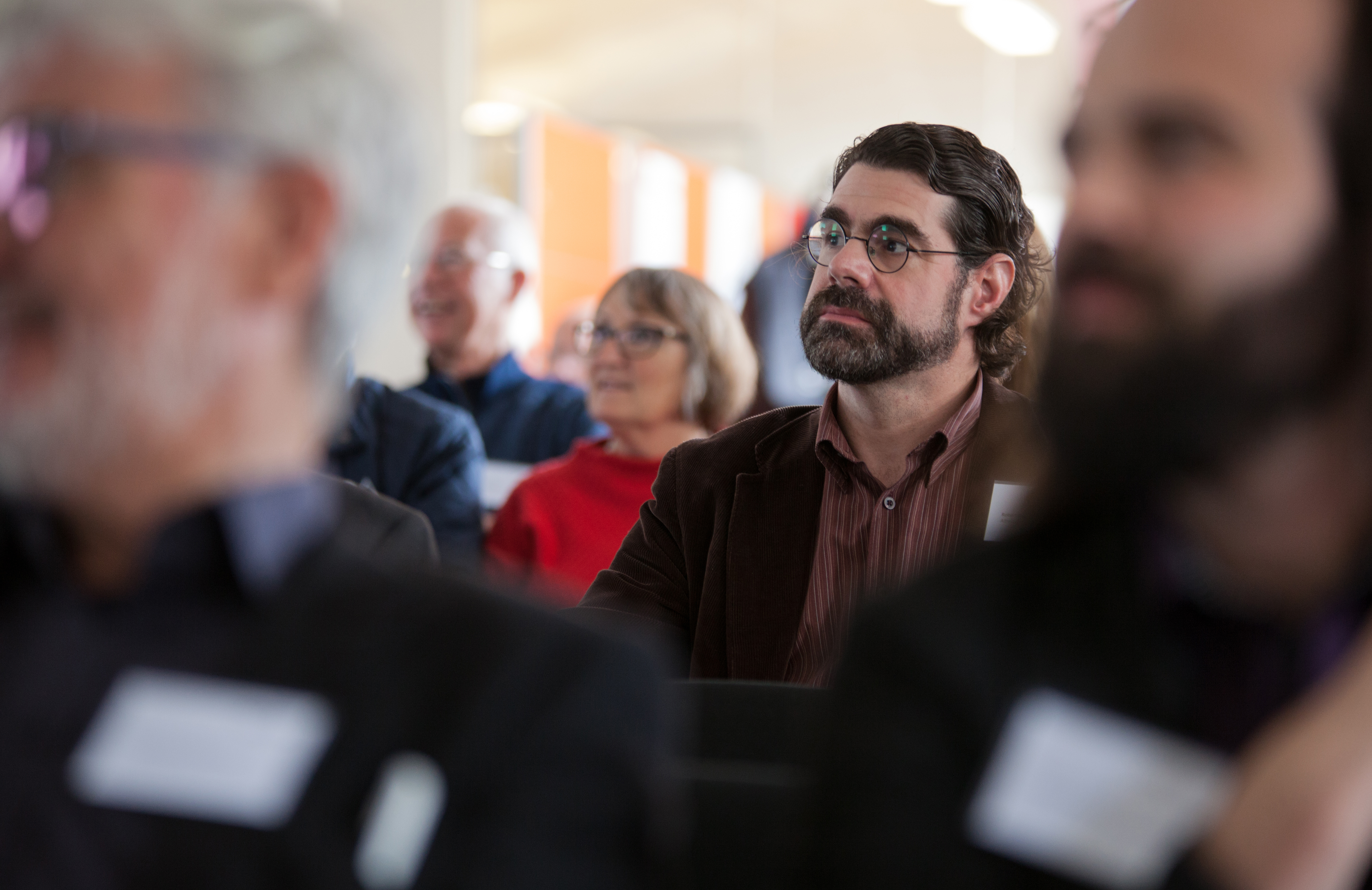