Just released! The anthology "Precarity in Contemporary Literature and Culture"

The anthology Precarity in Contemporary Literature and Culture  (ed. by Emily Hogg and Peter Simonsen) has just been published.

"The contemporary moment is characterized by precarity – an expanding and intensifying vulnerability conditioned by political and economic structures. Using literary and cultural texts to develop a nuanced and critical exploration of the concept of precarity that emphasizes its contemporary manifestations while also attending to its historical roots and existential dimensions, this book examines the vulnerabilities which characterize our anxious existence, including unemployment, environmental crisis, temporary contracts and patterns of migration. Broken down into three key themes of feelings, bodies and time, Precarity in Contemporary Literature and Culture asks whether precarity can be considered a new phenomenon; explores the relationship between precarity and traditional class politics; analyses precarity's global dimensions; and reflects on the links between contemporary crisis and underlying existential human vulnerability. With reference to a wide range of forms such as contemporary, realist, science fiction and modernist novels, film, theatre, and the lyric poem, this book goes beyond one national context to consider texts from the US, UK, Germany and South Africa." - Bloomsbury

Review
“Precarity in Contemporary Literature and Culture is an original and impressive collection of thoughtfully argued essays. Using a common language drawn from recent theories of precarity and precaritization, the contributors explore themes of risk, uncertainty, and vulnerability across a broad array of genres that include fiction, poetry, film, and theatre. The collection offers a searing indictment of the ravages of neoliberalism, and it thinks creatively about how aesthetic experimentation can make these ravages evident and, potentially, remediable.” –  Benjamin Bateman, University of Edinburgh, UK

The editors and many of the article authors are Uses of Literature members. 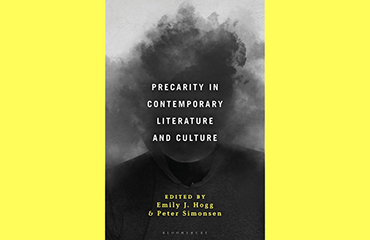