This semester, Prof. Åsa Arping (University of Gothenburg) will be guest researcher at Uses of Literature.

Åsa’s project is on class and literature: “Doing class in contemporary Swedish novels”.

Åsa Arping. Professor (PhD, Docent) in Comparative Literature at the University of Gothenburg):
"My main research interest concerns the connection between literature and society, especially when it comes to the 19th century novel and contemporary “political” literature. My doctorial thesis (written in Swedish), Pretentious Modesty: Authority and Gender in the 1830s debate on the Novel in Sweden, Eslöv: Symposion (304 pp.), studied the rise of the realist novel in Sweden through the debuts of three female writers, focusing on creative writing strategies in a context where the novel as a genre was despised and women had no place in public life. My second book (also in Swedish), “What’s in a Name?”: Anonymity and Branding in Swedish Literary Criticism 1820–50, Stockholm/Göteborg: Makadam (350 pp.), discussed the branding of “the name” among journalists and writers during the 1840s and how the dominating use of anonymity was challenged by new ways of appearing as a more or less identifiable and individualized public voice. My latest project was a collaborative work at the University of Gothenburg (financed by the Swedish Research Council), investigating the transnational transmission and reception of Swedish literary texts in the 19th century. Contrary to the prevailing canon, the most translated writers turned out to be a group of female novelists, among them Fredrika Bremer, who experienced an intense and shortlived success in the US in the 1840s and 50s. The book is called Swedish Women’s Writing on Export: Tracing Transnational Reception in the Nineteenth Century (Gothenburg: LIR. Skrifter, 372 pp.) Available Open Access at: http://hdl.handle.net/2077/61809

My ongoing project, financed by The Bank of Sweden Tercentenary Foundation, is called “Doing Class: Intersectional Encounters in Swedish Contemporary Fiction (2000–2020)”. Based on literature’s ability to uncover and renegotiate societal as well as emotional and artistic processes, the study will examine how class is charged with new political meanings and aesthetic expression. The aim is deeper knowledge of the political role of art and post-industrial society’s obscured images of class, as perceptions of work, identity, life style and the welfare state are rapidly changing. In the analyses, class is treated as performative and relational, but also as a set of specific experiences. Theoretically, the study combines norm-critical perspectives, cultural- and textual analysis, and aspects of affect theory and sociology of culture. An intersectional approach is used, with an enhanced awareness of how class interacts with gender and ethnicity." 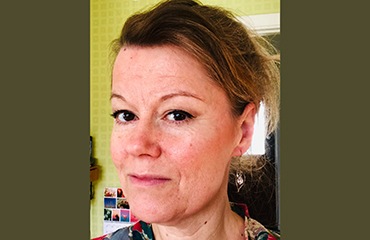