Focus on effects of consciousness on the reading of literature 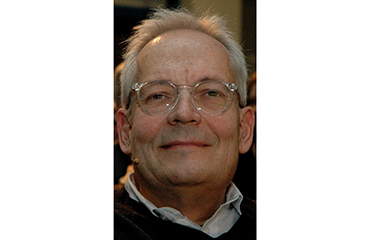 Abstract:
Here, I wish to focus on effects of consciousness on the reading of literature. Reading in my view is an act of creation of conscious material, based on learned specific interpretations of input by means of a neuronal mechanism of predictive coding. The input is in the form of objects that carry meaning and underlie the particular neuronal function known as semantic memory. The interpretation is based on predictions that are active rather than passive and hence dictate the content of the interpretation, of single words and whole texts. This means that readers only with difficulty change their minds by means of what they read. What we read is not what we are; apparently we read into the texts what we are.

The predictive coding of reading in this respect is not fundamentally different from other applications of predictive coding, including the movements involved in speaking and writing. The short history of reading and writing by humans imply that reading and writing are brain functions that exploit capabilities that evolved for different reasons. Later alternative uses of evolved brain functions apparently emerged because they were useful, such as the spandrels of cathedral arches discussed by Gould and Lewontin (1979) as models of non-evolutionary development, referred to as exaptation. Gould (1991) listed reading and writing as examples of exaptation, among other cultural artifacts.

Exaptation presumes usefulness, and reading clearly has proved its worth. However, reading is more than literature in most people’s assessment, and the definition of literature itself is uncertain, other than a system of formal assemblies of letters. This has led to rather expansive definitions that include “not only what is written but what is voiced, what is expressed, what is invented, in whatever form” (Marcus & Sollers 2012), the authors reflecting on Newsweek’s appointment of Bob Dylan in 2004 as “the most influential cultural figure now alive” (Krystal 2014), further presaging Dylan’s award of the Noble Prize in Literature in 2016.

If literature can be all things to all people, then literature could be no more than various forms of science fiction that work not very differently for readers and writers.  Literature then would be the result of tests of the predictive powers of the practitioners of the subjective (mostly cognitive) inflation of the phenomenologies of writing and reading (Abid 2019). According to one recent finding, a consequence of literacy, i.e., the ability to read and write, may be a lower risk of dementia (Renteria et al. 2019). In the study, illiteracy appeared to increase dementia risk by conferring a lower range of cognitive function that was closer to the threshold of dementia than the range of those who did acquire literacy.

Stephen Jay Gould, Richard C. Lewontin (1979) The spandrels of San Marco and the Panglossian paradigm: a critique of the adaptationist programme. Proceedings of the Royal Society B: Biological Sciences. 205 (1161): 581–598.