MSc in IT - Product Design

Design Anthropology conceptualized as practices engages groups of people within collaborative, interdisciplinary, inter-organizational design processes and co-analytic activities. Practitioners who involve design anthropology as part of their practices contribute to many different areas of design including the designing of processes, products, services, strategy and policy. In doing anthropology by means of design as Gatt and Ingold (2013) have shown, design is considered the process of research rather than its object.

In its temporal orientation, anthropology by means of design moves, ‘…forward with people in tandem with their desires and aspirations rather than going back over times passed’ (ibid 2013: 141). Doing design by means of anthropology takes as its most fundamental premise designing as a social process and can be understood as a material engagement and critique of and through practices of future making. Here focus is given to opening lines of inquiry during collaborative forms of designing in response to finding ways of building continuity between past, present and future. 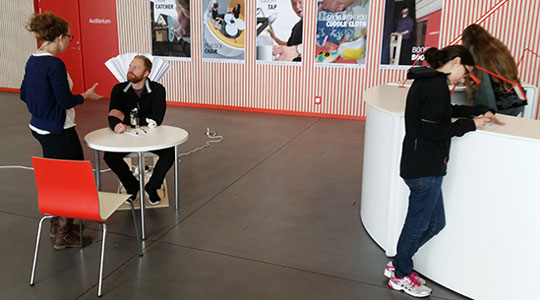 Importantly, opening lines of inquiry can be involved through the entire process of designing rather than assuming it should be limited to the early stages of a design process. Redström (2012) has argued however, practitioners working in the field of Design Anthropology ‘cannot leave the design object behind, just because we cannot weave practices unfolding over time into our notion of form’ (Redström 2012: 95). Forms made through collaborative design processes and practices – How then do they come into being?How do peoples including researchers make sense of them during a design process? and How does making and building relations with materials establish a broader understanding of the social?