In 2017 we have launched a new initiative, which recognizes the best work of our master students. The Best Thesis Award acknowledges work which asks innovative questions and fulfils high academic standards.

Here are our winners. 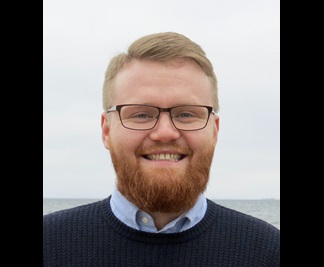 How to evaluate creative thinking in schools? A pilot study from six Odense class-rooms

With a point of departure in ideas and theories on how society will change in the future due to the technological development, also called the Fourth Industrial Revolution, a methodology to evaluate Danish schools’ abilities in fostering Danish children’s creativity is proposed in this thesis. The methodology involves the use of one of the figural variants of the Torrance Tests of Creative Thinking to test the creative abilities of 119 children from two schools, one public and one private, as well as the use of the socioeconomic reference and the actual grades of the schools in Odense to select two schools with children from similar backgrounds. The purpose of developing the methodology is both to evaluate and compare the schools’ abilities to foster creativity, as well as to use any differences between different grades within each school in a Difference-in-Differences analysis to examine the effects of the reform of the Danish public school system in 2013, using the children from the private school as a control group.

The analysis shows that there are no considerable differences between the two schools’ average performance on the overall creative assessment, the Creativity Index, although the Difference-in-Differences analysis indicates that the public school has become less able to foster the children’s creativity after the reform. Furthermore, when looking at the different components of the Creativity Index, the five creative factors and 13 creative strengths, there are substantial and significant differences between the two schools, which indicate that they are better at fostering different kinds of creative thinking. The results are discussed along with some of the challenges that were encountered during the use of the methodology, which are of importance for the methodology’s applicability in the future. It is discussed how the methodology can be used for future research as well as public policy purposes, and which precautions users should take, depending on the purpose of the application. Furthermore, it is proposed that using the methodology to test creative thinking may be of great relevance to create focus on the development of creative abilities if we want to succeed as individuals and as society in the future. In an educational system that relies so heavily on goals and grades to measure performance, how can we expect the children and their parents to look beyond these measures, when creating their views on which skills are important? 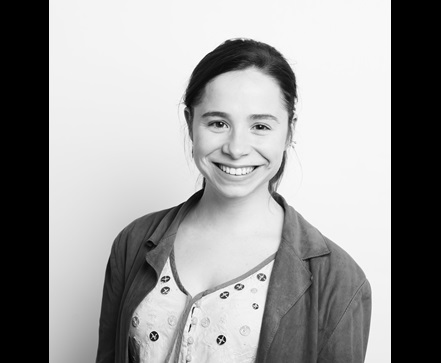 Measuring social resilience in the face of technological change: Towards a multi-dimensional index

This thesis is a comparative study that assesses countries’ resilience in the face of the new challenges brought by technological change. The fact that technological change is eroding some jobs is well documented in the literature. My thesis is motivated by the literature on social resilience (Hall and Lamont, 2009; Hall and Lamont, 2013) and diversity (Taleb, 2007; Page, 2008; Harford, 2011) that perceive risk in societies’ structure, institutions and investments. Drawing on these authors’ main arguments, I reassess population’s risk giving thought to more than the percentage of jobs at risk. In this thesis, I focus on soft, rather than hard hazards, which means that I approach resilience by observing societies’ mechanisms and institutions that allow them to cope and thrive during periods of crisis.

This research has three aims. First, it aims at crossing the bridge between the literature on resilience and the literature on technological change. By adopting this different conceptual framework, those countries that face more risk need not to be the ones that have a higher percentage of jobs threatened. Second, I aim at leading an empirical analysis that explores which countries will be more resilient during a mass displacement crisis. I measure the comparative advantage through my own resilience index, which measures countries’ performance on educational attainment, organization of workplace, investment in R&D and diversity of skills. Finally, this research aims at exploring the role of education institutions in a time when formal education is not enough to guarantee individuals’ jobs anymore.

The focus of this thesis is not only on the threat of technological progress, but on the threat of misgovernance. Technological progress is unavoidable, but governments can structure societies so that they can cope and thrive when facing these challenges. The aim of this study is to address the comparative threat of job automation, exploring how different policies and features can moderate or add to the risk of automation. To my knowledge, the previous work on technological change measures countries’ vulnerability by looking at the percentage of jobs at risk. I add to the body of literature by considering other social resources that will have an impact on which countries will adapt, maintain livelihoods and recover faster in such a critical point. This paper addresses the educational underachievement of first- and second-generation immigrants in high-immigration countries. The overall aim is to provide a new approach to answer the question of how educational integration of immigrants and their offspring can succeed. The literature attempting to explain disparities in achievement gaps across countries so far largely focuses on background characteristics and structural variables but widely neglects student perspectives. This is where this analysis adds on. The underlying idea of this paper is that there are not only disparities between immigrants and natives regarding achievement, but also regarding self-perceived social inclusion. It has been hypothesized that the social inclusion gap reinforces underperformance. The research question deriving from this is: To what extent do disparities in social exclusion at school affect the size of achievement gaps? Social inclusion is measured with respect to two dimensions: student perceived unfair teacher treatment and outsider feeling. It has been hypothesized that in countries where immigrant students feel as included by their peers and as fairly treated by their teachers as their native counterparts, the achievement gap will be narrower.

The evaluation of the most recently conducted PISA data from 2015 including 46 high-immigration OECD and partner countries showed that achievement gaps are especially pronounced in Continental and Northern European countries. In classical immigration countries as well as high-immigration Asian and Arabic countries, on the other hand, immigrants tend to perform on the same level as their native peers or even outperform them. Disparities regarding the size of achievement gaps can be to a large extent traced back to differences in the recent history of immigration countries and their current immigration policies. The analysis of disparities regarding social inclusion showed that first- and second-generation immigrants feel more often unfairly treated by teachers than their native counterparts in a majority of test countries and especially across Europe. Outsider feeling is more pronounced among first-generation immigrants, whereas second-generation immigrants feel equally often as outsiders as their native peers. This indicates that long-term integration of immigrants into their peer society is relatively successful, but that the interaction among teachers and immigrant students remains tense overall.

Based on aggregated means, it has been demonstrated that there is a significant association between achievement gaps and unfair teacher treatment gaps. Achievement gaps are significantly more pronounced in countries where immigrants feel more often unfairly treated by their teachers than their native counterparts. The outsider gap also explains parts of cross-country variation in achievement gaps, but to a lesser extent than the unfair teacher treatment gap. The multilevel regression analyses provided evidence for the finding that the impact of social inclusion gaps on the achievement gap is significant at the 0.01 level. These associations are robust towards other factors determining the size of achievement gaps on the meso, micro and macro level. Furthermore, the results of the regression analysis confirm that the quality of the teacher-student relationship is more precise in predicting student performance than the relationship among students. The lastly conducted regression analysis reveals that the level of outsider feeling and experienced unfair teacher treatment also have an impact on the achievement gap on the individual level. Immigrant students who feel more frequently treated unfairly by their teachers or excluded by their peers tend to underachieve more strongly than those who do not.

From the results of the regression analysis derives that the potential of social inclusion to narrow down achievement gaps lies essentially in the improvement of the teacher-student relationship. One approach to achieve this aim is to recruit more teachers with an immigration background. In most countries, there is a demographic imbalance between teachers and students with an immigration background. The expected advantage of an increasing share of teaching stuff with an immigrant-origin is that they function as role models, are less biased in their expectations and share intercultural experiences with the students. Moreover, they can contribute to a better cooperation between schools and parents. However, minority teachers cannot correct lacking identification between majority teachers and immigrant students even though they might take a mediating function. From this follows that intercultural competences need to be encouraged for all teachers, for example via advanced training programmes. Another policy device to improve the teacher interaction especially with immigrant students is to attract high-quality teachers to disadvantages schools. This aim could be achieved by setting incentives like raised wages, more perspectives for promotion, smaller classes and a specified training as well as counselling. 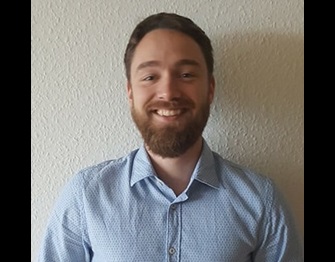 The impact of immigration on the happiness of the host society

Immigration is one of the most discussed topics of the 21st century. The refugee crisis, the emerging international labor market and family reunification increasingly shape the manner in which people within a host society perceive immigrants. But the relationship is bi-directional: immigration experience may impact on how natives think of themselves. This paper focuses on the question of whether or not immigrants have an impact on the happiness of the host society. The combination of happiness and migration is a widely debated field in the literature, but it does not focus on the host society as an essential actor. The literature canvassed in the study suggests that three moderating variables intervene in the effect of immigration on the happiness of the host society: trust, threat and labor market competition. Additionally, the concept of immigration is operationalized in two different ways, namely, actual migration stock and the perceived number of immigrants. Thus, the aim of this study is not only to discuss the impact of immigration on happiness, but also to assess if the results reveal a distinction between perception and fact with respect to the number of immigrants in a society. Based on these variables, the thesis explores several hypotheses which are designed to answer the research question. The data is taken from the European Social Survey, Round 7 and analyzed in Stata/IC 14.0. The data related to the hypotheses are analyzed using a three-way approach, including the Baron and Kenny test, the Sobel-Goodman Test and the Bootstrap technique with resampling.

The results only partially support the hypotheses. The test for hypothesis 1 fails to establish a significant link between migration stock and happiness through the mediator trust. This is also the case with the test for hypothesis 3, which did not reveal an impact of migration stock on happiness through labor market competition. The test for hypothesis 2, which uses the mediator threat, displays a full mediation, but only on a 90% confidence interval. Additionally, the direction of the coefficient is reversed compared to the expected outcome, meaning that immigration through the mediator threat increases the happiness of the host society. All three hypotheses of the second set, which use perceived immigration as the independent variable, do not establish a mediation effect due to an insignificant direct effect between immigration and happiness. This missing link also demonstrates the conspicuous behavior of the variable migration stock, which is not reflected in the recent literature