21-year-old Pernille Hovmand Petersen loves the combination of technology, consumer needs and marketing – and to put theory to the test in real companies. 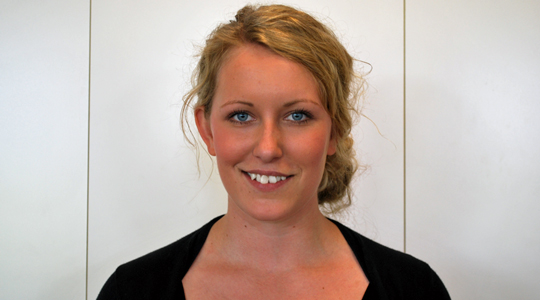 - Our projects are really exciting. It is great to work with the companies and to see how theory is applied in real life, says Pernille when asked to name the best part of the PDI programme.

Pernille and her project group from PDI have just finished a project for Exhausto, a company who develops ventilation systems. The group suggested themselves to draft a marketing plan for the company.

- We started making an analysis of the initiatives already implemented by Exhausto and of what other companies in the industry did. We learned that the company did not address the end users but only marketed themselves to the middlemen, says Pernille.

Marketing with two target groups
The students then examined the consumer knowledge and learned that few of them was aware of the importance of a good indoor climate; despite the fact that it is actually a very important part of a building. Based on this knowledge they proceeded with the marketing plan.

- We wanted innovative marketing, so we consulted some experts on how to go about it. Following, we developed a concept where we, among other things, suggested that Exhausto cooperate with Asthma-Allergy Denmark, she says and continues:

- We have developed a concept where we focus on two target groups: business-to-business and business-to-consumer. The objective is the same, but the message must be adjusted according to the target group.

Comprehensive skills
Pernille does of course not know what the future brings, but she would like to continue her consumer angle:

- It is great to be able to see the link between technology and manufacturing and consumer needs and wishes. And then to combine it with what technology can offer, she says.