Skip to main content
Department of Economics Our Global Goals 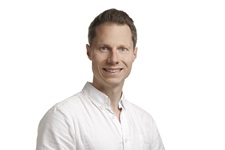 Reading Women - Karen Brahe and Female Book Ownership (1609-1736)
The oldest extant private library collection in Denmark is a remarkable and unique source of knowledge on female book ownership in early modern Europe. Yet most Danes will not be familiar with the collection or with the name of its compiler: Karen Brahe (1657-1736), the noblewoman collector, patron of the arts, and custodian of Danish cultural heritage.
This project seeks to write Brahe and the Danish female-led tradition of book collecting back into the history of European intellectual culture. The Brahe collection—extensive in scope and meticulously catalogued—is uniquely placed to push the boundaries of knowledge on a phenomenon that remains little investigated in historical scholarship: early modern women’s private libraries.
This project will produce the first study of the Brahe collection at scale in order to reveal the contours of female book ownership and collecting practices in early modern Denmark. The project departs from the following fundamental research question: What did early modern Danish women read? Preliminary explorations of the contents of the Brahe library catalogues suggests a book culture that was highly participatory in nature, where printed books and manuscripts have been transmitted via networks of contributors connected by kinship and social standing. Through digital network analysis, the project aims to map the texts, contributors, and geographical locations that make up the Brahe collection, revealing the networks of transmission that underpin female book ownership in early modern Denmark. The aim of the project is thus to discover not only what Danish women read, but how they read.