The next generation of solar panels are as thin as paper. Bendable and transparent. Just like foil, they can be rolled out over house roofs and cars without compromising on aesthetics. Because they are so light, they can even be integrated into jackets so that we always have energy to hand if our mobile phone runs out of power.

Organic solar panels are expected to make a major popular breakthrough as they will be the first solar panels that can compete with the price of oil and natural gas. The challenge for researchers now is to scale the small laboratory-produced solar panels up to a size where they can be rolled out onto house roofs.

Printer to spit out solar panels

With a grant of 12 million DKK from EU funding which supports collaborations across borders, researchers have built up a new innovation project centre, RollFlex. The objective is to work out how to print out organic solar panels in large rolls, similar to the way large posters are printed.

- Today, organic solar panels can convert up to 13% of the sun's energy. But the efficiency of solar panels of just a couple of centimetres can be completely different when they are scaled up, explains Morten Madsen.

Danfoss PolyPower has donated a complete printing machine, a so-called roll to roll printer, to the RollFlex laboratory, and the researchers are now underway with experimenting with printing organic solar panels. 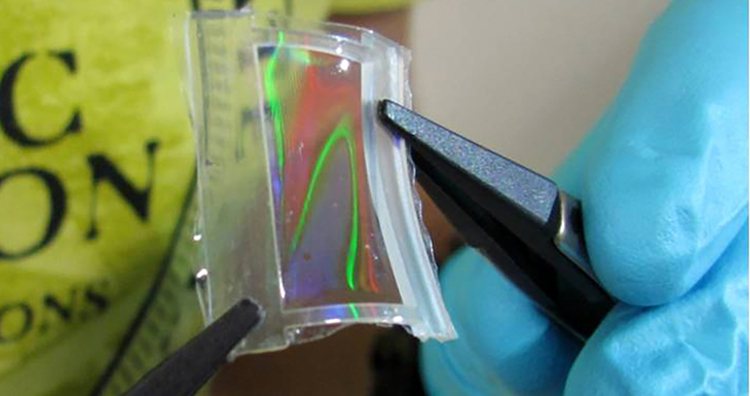 - We are testing different solutions and are trying to optimise every layer. The biggest problem with organic solar panels is their lifespan. When they are exposed to air and light, chemical processes occur. They oxidise. So we're trying to make improvements by adding chemicals that can make them more stable, says Morten Madsen.

Investment in the green changeover

Researchers in the laboratory at SDU NanoSYD are working on revolutionising the future's sustainable energy and giving Denmark a boost in reaching the target of being independent of fossil fuels by 2050.

- Our RollFlex laboratory is part of the investment in the changeover to green energy. We have a lot of large projects where we are researching technical solutions for better exploitation of energy while we are phasing out the use of oil and coal at the same time that the world's population is increasing, says professor Horst-Günter Rubahn, Head of Department of the Mads Clausen Institute.

The RollFlex research project runs until 2019, by which time researchers hope to be able to print out long rolls of organic solar panels so that everyone can own them. And there are signs that the organic solar panels' commercial breakthrough is getting closer.

- Research into organic solar panels has been going on for many years, but we are now experiencing an increasing interest from industry. Companies are beginning to see an actual breakthrough where solar panels are so stable and effective that they can be used commercially. For instance, there are several car companies who are interested in the technology, says Morten Madsen.