Professor Thomas Buhl, who is coming from a leading position at LM Wind Power, takes responsibility for the Centre for Industrial Mechanics (CIM) and its strategic development.

SDU succeeded to bring in an expert from industry to be at the head of CIM. Professor Thomas Buhl has a past at DTU Risø but comes from a position at LM Wind Power. Previously, he has built up a Blade Science Centre from scratch for the Indian windmill concern Suzion Energy A/S. Precisely this building up of new initiatives is what attracts Thomas Buhl.

“To succeed with my ventures has always been the driving force and I thrive best with building up something. I left the university world because industry offered me a unique possibility to establish a centre from scratch. You could say that I am now returning because I got such a unique possibility again.” 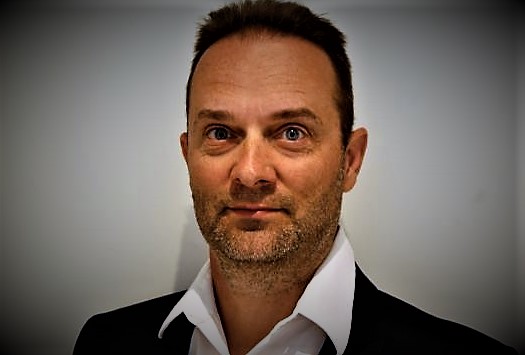 With an impressing CV and a long list of qualifications, many doors stood open for Thomas Buhl, but that he chose SDU and CIM is owed to the fact that he can work with a long-term view.

“In the university world, you can work with new technologies for 3 to 5 years. This is something that you can’t do in most companies where you work with a much shorter time frame. What often counts in industry is that everything has to be cheap - preferably by tomorrow.”

Thomas Buhl continues that CIM is resting on three pillars: the engineering programmes at international top level, world-class research and industrial services. It is the aim of the Centre for Industrial Mechanics to establish research facilities and connect them to an internationally recognised research group of 30+ by 2030.

“It is CIM’s task to look at the long-term needs of industry. As an example, artificial intelligence is very topical at the moment. I can think of 1.000 places where artificial intelligence could be implemented immediately and have a strong effect, but industry is often hesitant, which is why it is the job of the university to prove that it works and to present the solution to industry”, Thomas Buhl says.

Thomas Buhl started his work on 1 May 2020 but, despite the challenges in connection to the Corona crisis, he already managed to gather in the first employments.


A stroke of luck

Head of Mads Clausen Institute at SDU, Horst-Günter Rubahn, is naturally proud that he managed to attract an expert like Thomas Buhl.

“It is a stroke of luck that we were able to attract such a strong profile to be at the head of CIM. Thomas Buhl is just the competent leader who we were looking for. He has a very broad and deep knowledge about mechatronics, so not only will companies within wind energy be profiting from his knowledge and experience; the surrounding, local companies will benefit from his expertise, too”, Horst-Günter Rubahn says.

Besides SDU, Bitten Mads Clausens Fond, LINAK, Region Syddanmark and Sønderborg municipality stand behind the establishment of the Centre for Industrial Mechanics. The partners invested more than 75 million kroner in the foundation of new educational programmes on bachelor, master and PhD level as well as the establishment of unique laboratory facilities and an internationally top-class research unit within industrial mechanics.