Also this year, CMHS participated in Forskningens Døgn (the Festival of Research). As usual, the stand was very popular and attracted many of the pupils from the fifth form. They eagerly filled out the pools coupons, which had been created for the occasion, trying to win some of the nice SDU prizes.

Like the previous years, University College South Denmark formed the setting for the Festival of Research which was held on the 25th of April. Again, the University of Southern Denmark (SDU) was represented by researchers from the Faculty of Health sciences - including the Centre of Maritime Health and Society and Health Promotion.

SDU had made an informative stand, which was decorated with posters and banners. Here some of the units' research projects were presented in text and images. Furthermore, there were equipment like helmets, earmuffs, safety clothing and shoes which the pupils could try on. 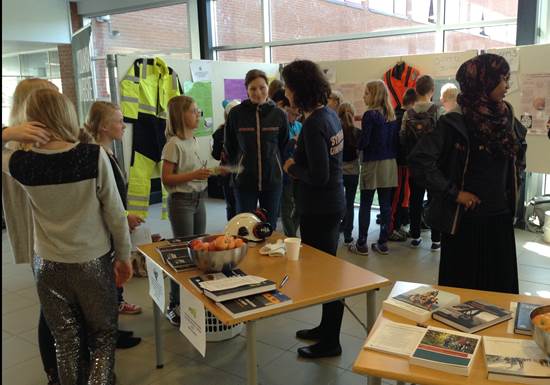 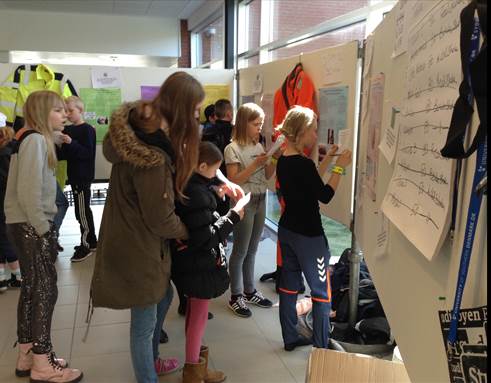 The target group for the Research Festival is the fifth forms in Esbjerg Municipality, so it was important that the research was presented at a cildren's level. To motivate the children to read the posters, a pools coupon was produced with a series of questions to which the answers were found on the posters. Every half hour, 10 winners were drawn from a bowl containing the correct answers. The winners were free to choose from the many nice SDU prizes such as bags and keyhangers. SDU researchers were, of course, ready to help the pupils find the right answers. The stand was very well attended. Approximately 300 pools coupons were completed and thrown in the answer box in the course of the morning.