Professor and Head of the Research Unit of General Practice at the University of Southern Denmark, Jens Søndergaard, received this year’s honorary award from the Consul General Ernst Carlsens Foundation, which is awarded annually to Danish scientists, doctors or other professionals who have made remarkable contributions towards researching and treating diseases.

The 54-year old professor and head of the Research Unit of General Practice received this prestigious award for his remarkable research contributions within the Danish health care system and general practice. Jens Søndergaard is a specialist in general medicine and clinical pharmacology. Jens received the honorary award on May 28, 2018, which was presented by Andreas Rudkjøbing, who is both the Chairman for the Consul General Ernst Carlsens Foundation and the Danish Medical Association. 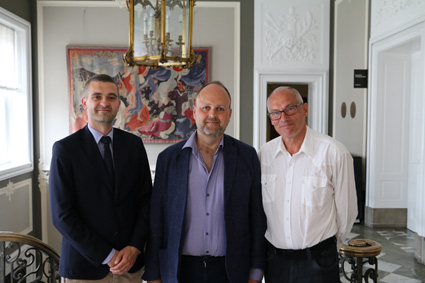 The foundation has two main purposes: First and foremost, the foundation presents honorary awards to Danish scientists, doctors or other professionals dedicated to research. Secondly, the foundation awards scholarships to Universities in Copenhagen, Aarhus and Odense, towards the exploration and treatment of diseases. More specifically, the purpose of the foundation is to honor Danish scientist, doctors and other professionals whose work has made meaningful and significant contributions to the exploration and treatment of diseases, by presenting them with the Consul General Ernst Carlsens Foundation’s honorary award. When potential recipients are considered for the award, focus is placed on whether the person concerned has made valuable humanitarian contributions.

As far as the Foundation’s monetary funds permit, money is to Universities in Copenhagen, Aarhus and Odense in the form of scholarships for exploration and treatment of diseases. Ernst Carlsen founded the Consult General Ernst Carlsens Foundation on the 25th of March 1957.

Back to News from the Research Unit of General Practice