In the film Terminator, Arnold Schwarzenegger sets about exterminating all humans on earth. Today, Schwarzenegger is trying to save humanity from the climate changes the world is facing. To that end, his advisor, Professor Jose Galizia Tundisi, has entered into a collaboration with SDU Sønderborg

In Terminator, the Arnold Schwarzenegger classic from 1984, artificial intelligence and warmongering killer robots are humanity's greatest challenge. This is far from the case in the real, modern world where the problems of climate change are getting alarmingly close and have (finally) made it into newspaper columns. If Julian Kinderlerer, President of the European Group on Ethics in Science and New Technologies (EGE), is to be believed, there is one problem that is becoming even greater: namely, water.

I believe that the biggest problem in the future will be water and the access to water. I even think that climate change is less important than the problem with water. Water could possibly cause disputes between nations, and it could get very nasty, he said to videnskab.dk in 2015.


And water is absolutely essential to humanity. It is the first thing NASA looks for when they search for life in space. Each of us consists of over 60% water, so it goes without saying that we have to conserve our water. Earlier this year, researchers discovered an island of plastic the size of Mexico in the Pacific Ocean. Alarm bells should be ringing.

Terminator fighting for the environment


That takes us back to Arnold Schwarzenegger. The hard-hitting action actor, world champion body builder and former Governor of California is today the frontman of the organisation R20, which supports climate friendly projects, financially and with knowledge. Arnold Schwarzenegger himself helped to establish the organisation, and in April the then French President, Mr François Holland, presented him with a Legion of Honour medal in Paris for his contribution to the environment.

Arnold Schwarzenegger and R20 are concerned about water, so they have appointed Professor Jose Galizia Tundisi as special advisor. If there is anyone who knows anything about water it is the 79-year-old Brazilian professor from University Feevale. Professor Tundisi has worked as a consultant in over 40 countries in the field of limnology (the study of lakes and reservoirs) and the administration of water resources. Professor Tundisi is a specialist in re-establishing ecosystems in lakes and reservoirs.

Professor Tundisi's research has taken him all over the world, and in June it took him to SDU Sønderborg where he has great expectations for a collaboration with the NanoSYD centre. Along with a team of researchers from SDU Sønderborg, he will create a system that can measure pollution in water.

We are developing a system that can measure the content of organic and non-organic material in water, says Roana Melina de Oliveira Hansen, who is leading the research team at SDU NanoSYD.

The system is comparable to a well-developed alarm system. Basically, it involves lowering some receptors into the water to be measured after which the receptors immediately send the results to the researchers' computers via satellite, telephone or radio.

Professor Tundisi has already been able to measure non-organic content in water for some time, but he will be helped by researchers at NanoSyd at SDU Sønderborg to develop an apparatus which can also register organic material.

The whole idea with this collaboration is to fuse the two technologies we each possess. In this way, we can come up with a package that can measure the quality of the water - both organically and non-organically, explains Professor Tundisi.

Both the researchers at SDU and Professor Tundisi see great prospects for the collaboration. Current techniques for measuring water quality do not operate in the present, but conversely take a long time to register, analyse and evaluate the collected results.

The project gives us the opportunity to intervene as soon as water pollution occurs. The system can be used everywhere: in lakes, reservoirs, rivers, streams, the ocean and underground.

Water is not just something to drink

According to Professor Tundisi, the research is essential as water is not just something used to quench thirst but also has profound economic significance for both cities and countries.

Water is fundamental for all living organisms. Everybody knows that, but water is also fundamental for economies. Water is closely connected with the economies of countries and regions. It is important to quantify the amount of available water. It is important to measure how much water a given population group uses and for what purpose it is consumed. It is essential in terms of sustainability and the climate problems we are facing in these times.

Common to Brazil, Denmark and Europe is that water pollution is unavoidable in all three places. Therefore, it is essential to develop new methods for measuring water pollution precisely, quickly and easily. 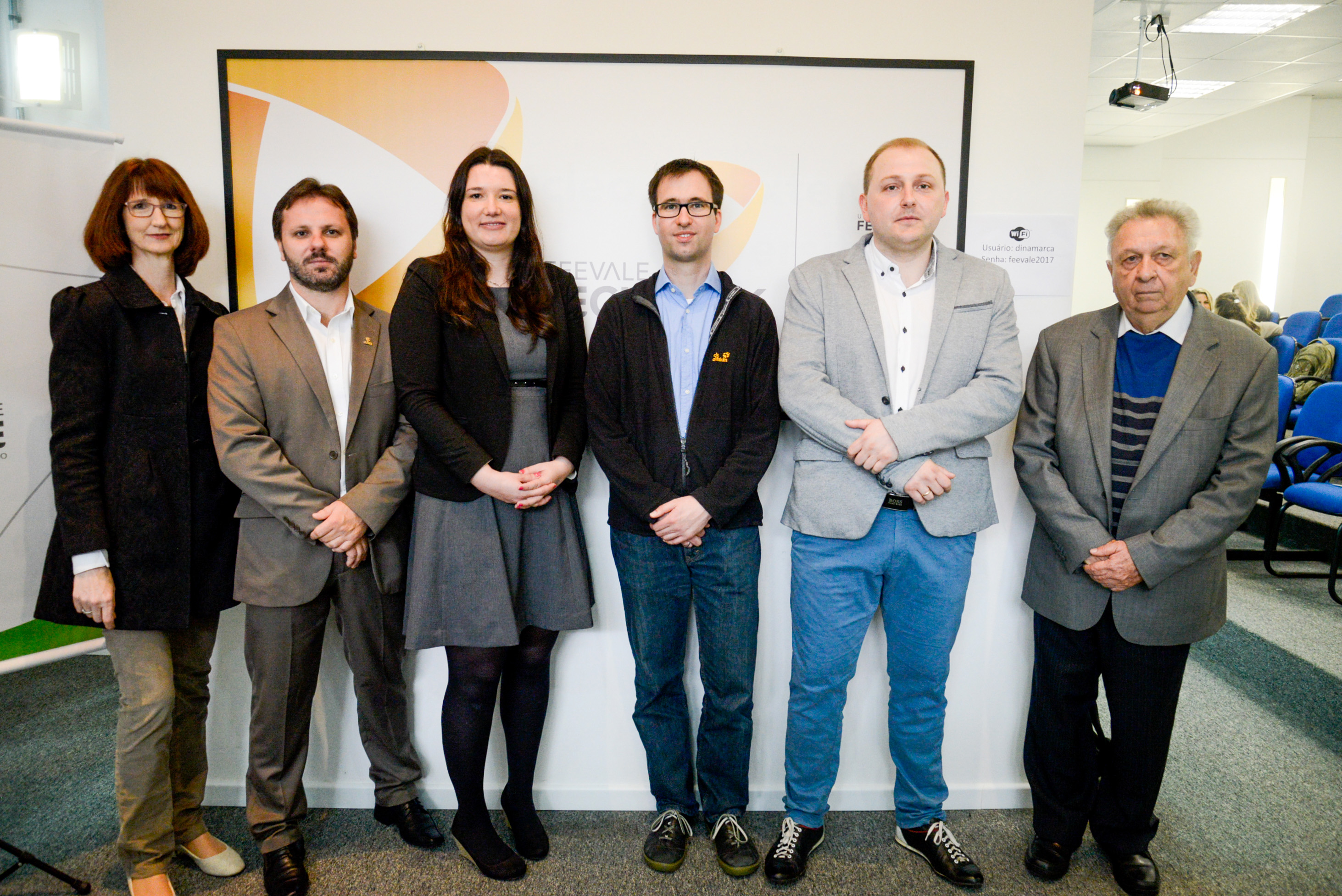 Professor Tundisi's collaboration with Arnold Schwarzenegger and the organisation R20 will be important when the final system is finished. During his tenure as Governor of California, it was Mr Schwarzenegger's experience that collaboration and the exchange of knowledge between towns is quicker and more effective than when something is to be decided and carried out at national level and between countries

Professor Horst-Günter Rubahn, Head of NanoSYD, adds that it is the same thing the Sønderborg area has experienced in connection with the town's ProjectZero initiative. An initiative that will make Sønderborg CO2 neutral by 2029. Engineering creates the methods we need to get timely knowledge about the problems of water pollution. It is important that the people who are directly affected by the problems know about them and accept the measurement results so that they can change their everyday behaviour.

Professor Tundisi refers to the situation after Donald Trump took the USA out of the Paris Agreement, after which New York announced that they intended to keep to the targets set in connection with the Agreement.

It is precisely as Arnold Schwarzenegger says: the local systems are more effective in the handling of problems like these. I agree with him.

Arnold Schwarzenegger and R20 are therefore extremely important when it comes to spreading knowledge about and incorporating the system all over the world.

Professor Tundisi and NanoSYD at SDU Sønderborg expect to have developed a fully functioning system by 2022.