Fabrizio Montesi, professor of Computer Science at the Department of Mathematics and Computer Science, University of Southern Denmark (SDU), has received the prestigious Villum Foundation's Villum Young Investigator grant, for a total of DKK 7.1 million.

The Villum Foundation has now announced the 15 researchers who will receive a grant in 2020. Four of them are from SDU, including Fabrizio Montesi from the Department of Mathematics and Computer Science. 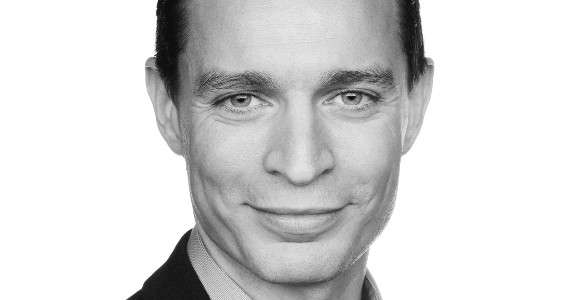 Choreographies for connected IT systems

Fabrizio Montesi and his research team will use the grant to establish a project exploring a new scientific method for ensuring that connected computer systems follow appropriate “choreographies” of reliable and secure data exchanges.

- Just like a human language influences how we express ourselves through the structures that it provides, a programming language influences how we write computer code. Current mainstream programming languages do not give us elegant linguistic constructs for coding how computers should exchange data with each other. As a result, building these systems can take a long time, and as a society we expose ourselves to the risk of relying on a mass of inscrutable code. This is not a good direction, since our privacy, security, businesses, and well-being in general is depending more and more on connected systems. My dream is to provide society with new programming languages that will enable future programmers to check with confidence whether a connected IT system exchanges data according to safe and efficient protocols. I am very excited and great full for this grant, because it is a crucial part of realizing this journey, says Fabrizio Montesi.

The project will develop a prototype of a programming language of a new kind, which provides formal logical principles to reason about changes in the locality of data and an automatic tool for integrating this new language with existing systems.

The grant will fund two postdocs and one PhD student.

Fabrizio Montesi was appointed as a full professor at the Department of Mathematics and Computer Science at SDU in 2019, where he was already affiliated since 2014, first as an assistant Professor and later as an associate professor. Originally educated at the University of Bologna, he obtained his PhD degree at the IT University of Copenhagen.

In addition to "Choreographic Programming", he has made several contributions to the area of Microservices, an emerging paradigm for developing digital services, and the topic of logical foundations of programming languages.

Today, Fabrizio Montesi is the leader of the Concurrency and Logic research group and the Digital Innovation Office (DIO) at the Department of Mathematics and Computer Science at SDU, the maintainer of the open-source Jolie programming language, and the President of the Microservices Community, a non-profit international organization for the dissemination of knowledge about microservices.