The fortifications of Halikarnassos 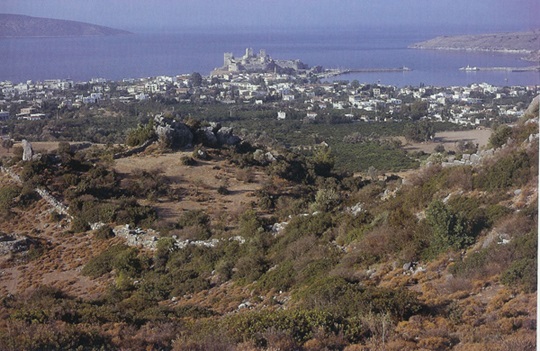 The Hekatomnid city wall of Halikarnassos is a very impressive monument of more than 7 kms in length and to-day it can be followed on far the largest part of its trace (fig 1). It is a true “Geländemauer”, which included all the important heights in the outskirts of the ancient city-area (fig. 2). It introduces a long range of impressive Asia Minor city-walls of Late Classical and Hellenistic date. Certain technical details as the “double corner bond” (fig. 3) was apparently invented by the craftsmen of Maussollos and this feature can be followed in almost all Asia Minor fortifications until about the mid 2nd century BC, including Myndos, Theangela, Alinda, Alabanda, Latmos, Herakleia, Knidos, Kaunos, Labraunda, Ephesos, Samos, Pergamon and Assos as well as number of fortresses and watch-towers. 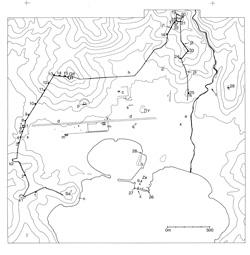 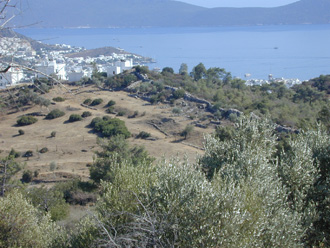 The most impressive part of the city wall is the western gate complex called the “Myndos Gate” or the “Tripylon” (fig. 4 and 5). It was excavated and partly restored in 1998-2000 by Turkish archaeologists and architects with the participation of a Danish team from the University of Southern Denmark under the direction of Bodrum Museum.

The masonry style of the city wall changes very much according to the character of the building stone, which was mostly quarried close to the wall except for some particularly important towers.

The wall was strengthened be a large number of towers and by a fortification ditch or – if on steeper slopes – an escarpment running 5-10 m in front of the wall. No less than 4 separate fortified strongholds or fortresses were included in the circuit. 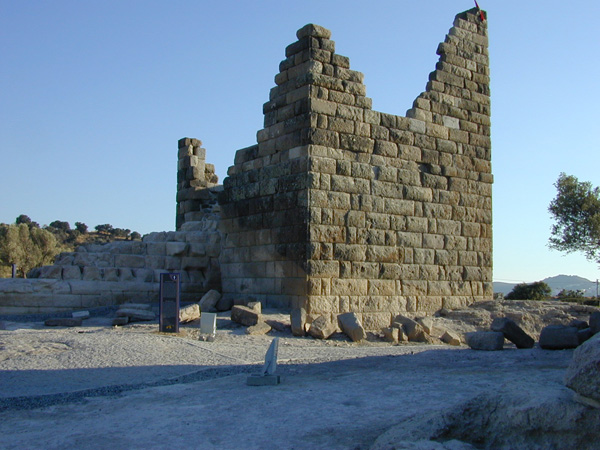 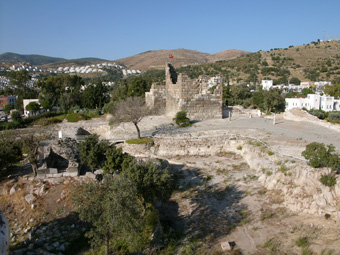 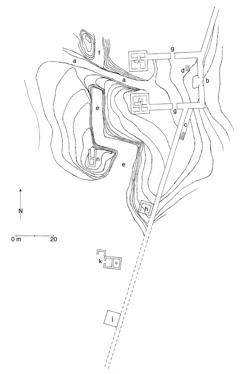 In spite of the great variation in masonry-style it is believed that the remains seen to-day are in all essentials remains of the wall constructed by Maussollos about 370 BC and besieged by Alexander in 334 BC. The siege of Halikarnassos by the troops of Alexander is recorded in detail by Arrian (Anab. I. 20-3) and Diodorus (Diod. 17. 24-7), which constitutes extremely important evidence for the city wall of Halikarnassos as well as on warfare and siege on the transition from Late Classical to Hellenistic times.

A.W. McNicoll; Hellenistic Fortifications from the Aegean to the Euphrates. (Oxford 1997)

P. Pedersen & U. Ruppe; The Fortifications at Halikarnassos and Priene – some Regional Characteristics? in: Fokus Fortifikation, Conference on the Research of Ancient Fortifications 6-9 December 2012 at the Acropolis Museum in Athens. (forthcoming).