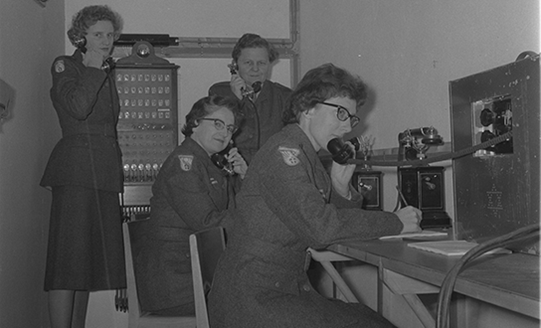 Established in 1949, Danish CD gradually adjusted to the threat of nuclear war during the 1950s. An initial study of early CD by Casper Sylvest has focused on emotions and the shift of responsibility for security away from the state towards individual citizens, has demonstrated the need for a new and wider approach.

Hence, SP1 examines how early CD was conceived, legitimized and communicated making this the first comprehensive, theoretically informed study of the Danish case. This part of the project focuses on two crucial themes. First, it studies norms of gender and good citizenship promoted by the state and CD organisations, including the female branch of the Civil Defence Association.

Second, it analyses the role of film and visual material in training personnel and volunteers and in instructing the wider public. The latter theme is especially promising for studying transnational circulation of (often incomplete) efforts to educate and inform perplexed and often unconvinced audiences about blast effects and fallout.

In sum, subproject 1 studies CD as a discourse that involved a transformation of state-citizen relations, the promotion of social norms and the disciplining of citizens by means of education and visual imagery.